The coronavirus pandemic has been impacting the economy since it first entered into the United States. Over 30 million people have lost their jobs in a matter of weeks, leading to tens of thousands of businesses closing, including some of the biggest names in retail.

Most recently, J.C. Penney announced this Thursday, May 14th, that they would be filing for bankruptcy, likely by the end of the week. The beloved retail giant has been around since 1902, and advisers from the company announced that they’re hoping to file for the bankruptcy protection, but also believe there still might be a chance to negotiate between the retailer and its lenders.

As of February this year, J.C. Penney employed about 90,000 Americans with full-time and part-time positions. Those workers were spread throughout 846 department stores all throughout the country, and through their negotiations advisers are hoping they only will have to close around 200 of those; while that is still a large number of stores, given the state of the economy, J.C. Penney executives say that would be their best bet.

Previous reports have claimed that The Plano, a Texas-based retailer, is going to be filing for bankruptcy in the town of Corpus Christi; also in Texas. The initial negotiations sought out to grant the retailer a $450 million loan to help finance the entire bankruptcy, however, in order to meet the specific requirements for that loan, J.C. Penney would likely have to have its stores open to make enough revenue.

The company may need to wait until June to get a proper court hearing to finalize all the bankruptcy documents, and if all runs smoothly, J.C. Penney will begin to have access to that major loan to try to keep their company as afloat as possible.

“In filing for bankruptcy, J.C. Penney will join fellow department stores Neiman Marcus and Stage Stores as victims of the pandemic, which has forced their doors shut but whose ailments far predated the virus. Department stores have struggled to maintain a foothold in U.S. retail, as brands sidestepped them by selling to shoppers directly, and shoppers have abandoned the mall in which many are based,” according to CNBC.

The reality for J.C. Penney, however, is that the company has been seeing a decline in sales since 106, long before this pandemic was even thought of as a possibility. For example, the 846 stores that were open before Covid-19 is just 25% of the amount of retail locations the company had in 2001. In 2019, J.C. Penney made about $11 billion in sales, and while that may seem like a lot, when they were thriving in 2001 they made about three times that amount.

2010 was the last time an investor really tried to revive the retailer to return back to its 2001 glory. Bill Ackman and Ron Johnson invested in the company and implemented many new ideas to try to draw customers back into its aisles. However, after a few years, they could tell consumers were literally not buying what they were selling, so they pulled out of their investment and the company had to take out a $2.25 billion loan.

Ever since that point the company has struggled to remain open, and the coronavirus pandemic was the boiling point for filing for bankruptcy. Now the company is solely focused on recovery and support efforts for its employees. 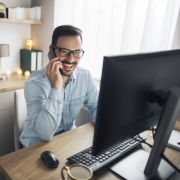 How To Set Up Your New Home Office 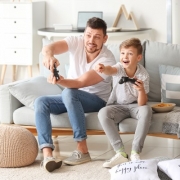 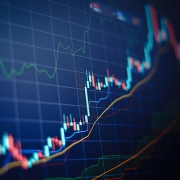 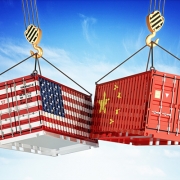 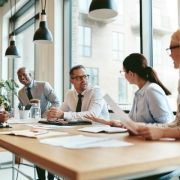 TiVo and Xperi to Merge in $3 Billion Deal
0 replies