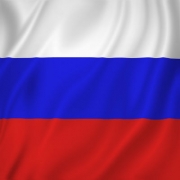 Russia’s ban from major international sporting events following a doping scandal has been cut in half by the Court of Arbitration for Sport (CAS). The country will still not be represented at the Olympics next year or at the 2022 FIFA World Cup, however.

The original ban for doping non-compliance was announced by the World Anti-Doping Agency last year. Russia’s appeal to CAS has resulted in the ban being reduced from four to two years, it was announced on Thursday.

“This Panel has imposed consequences to reflect the nature and seriousness of the non-compliance [to the WADA] and to ensure that the integrity of sport against the scourge of doping is maintained. The consequences which the Panel has decided to impose are not as extensive as those sought by WADA,” a CAS statement said following the ruling.

“This should not, however, be read as any validation of the conduct of RUSADA or the Russian authorities. In making its orders, the Panel is limited by the powers granted under the applicable law, in particular the WADC and the ISCCS. It has considered matters of proportionality and, in particular, the need to effect cultural change and encourage the next generation of Russian athletes to participate in clean international sport.”

The new ruling means that Russian athletes will be unable to compete under their country’s name, flag and national anthem at any major international sporting event until December 16 2022, meaning the country will also miss out on any representation for the Beijing Winter Olympics.

“WADA is pleased to have won this landmark case. We left no stone unturned in investigating this very complex matter and in presenting our case before CAS. The Panel has clearly upheld our findings that the Russian authorities brazenly and illegally manipulated the Moscow Laboratory data in an effort to cover up an institutionalized doping scheme,” World Anti-Doping Agency President Witold Banka said.

“In the face of continual resistance and denial from Russia, we clearly proved our case, in accordance with due process. In that regard, this ruling is an important moment for clean sport and athletes all over the world.

“We are, however, disappointed that the CAS Panel did not endorse each and every one of our recommended consequences for the four-year period we requested. We believe they were proportionate and reasonable, but ultimately WADA is not the judge but the prosecutor and we must respect the decision of the Panel. These are still the strongest set of consequences ever imposed on any country for doping-related offences and the award clearly endorses the resolute, process-driven approach taken by WADA in dealing effectively with this case. Russia will not be permitted to participate in, bid for or host any covered event, including two editions of the Olympic and Paralympic Games and many other major events, for the next two years. The Russian flag will not fly nor its anthem played. This sends a clear message that institutionalized cheating and concerted efforts to subvert the global anti-doping system will not be tolerated.

“The egregious manipulation by the Russian authorities of data retrieved by WADA Intelligence and Investigations from the Moscow Laboratory was the latest in a long list of offences and it has led today to significant consequences for the authorities. Russian authorities were afforded every opportunity to get their house in order and re-join the global anti-doping community for the good of their athletes and the integrity of sport, but they chose instead to continue on their path of deception and denial.”

The initial punishment against Russia was brought to them after WADA found inconsistencies in data from a Moscow lab that led to them uncovering a widespread and sophisticated state-sponsored doping network.

After WADA published their report, which found that the Russian state had conspired with athletes and officials to carry out an unprecedented doping program, the Russian Anti-doping Agency was deemed non-compliant.

Unless the sanctions are changed further, Russian athletes will still be permitted to compete under a neutral flag at major international events, as long as they can prove they have had no link to the doping scheme.

Because of this, as well as the fact that the ban has been halved, the CAS ruling has come under fire for being too lenient and not setting enough of a deterrent. Travis Tygart, CEO of the US Anti-Doping Agency slammed what he called a “devastating” decision by CAS.

“At this stage in this sordid Russian state-sponsored doping affair, now spanning close to a decade, there is no consolation in this weak, watered-down outcome,” he said in a statement.

“To once again escape a meaningful consequence proportional to the crimes, much less a real ban, is a catastrophic blow to clean athletes, the integrity of sport, and the rule of law.”

CAS said its sentence was a reflection of constraints in international law: “The consequences which the panel has decided to impose are not as extensive as those sought by WADA. This should not, however, be read as any validation of the conduct of RUSADA or the Russian authorities. In making its orders, the panel is limited by the powers granted under the applicable law, in particular the WADC and the ISCCS.”