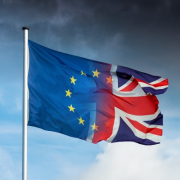 After months of negotiation, a trade deal and security relationship has been finalized between the UK and EU. The announcement was made on Christmas Eve, a week before the end of the designated Brexit transition period and triggered a cry of victory from the Conservative UK government.

Without a deal, the UK was facing leaving the single market and customs union on 31 December with heavy tariffs on trade and uncertainty over issues such as border control and fishing.
However, the new arrangement means that goods trading between the two sides will be without tariffs and close police and judicial cooperation will come into force.

“The deal is done. Everything that the British public was promised during the 2016 referendum and in the general election last year is delivered by this deal,” a Downing Street spokesperson said.

“We have taken back control of our money, borders, laws, trade and our fishing waters. The deal is fantastic news for families and businesses in every part of the UK. We have signed the first free trade agreement based on zero tariffs and zero quotas that has ever been achieved.”

The announcement came after a final conversation between UK PM Boris Johnson and European commission president Ursula von der Leyen in their respective offices, at least the fifth such call between the two in the 24 hours leading up to the announcement of the deal.

The trade agreement is unprecedented in size, running over 2,000 pages and containing provisions and agreements on subjects ranging from energy interconnections and civil nuclear cooperation to fishing and border control.

“It was a long and winding road, but we have got a good deal to show for it. It is fair. It is a balanced deal. And it is the right and responsible thing to do for both sides,” Ursula von der Leyen said. “At the end of a successful negotiation I normally feel joy. But today I only feel quiet satisfaction and, frankly speaking, relief.

“I know this is a difficult day for some and to our friends in the United Kingdom, I want to say parting is such sweet sorrow but, to use the line from TS Eliot, what we call the beginning is often the end. And to make an end is often a beginning. So, to all Europeans, I think it is time to leave Brexit behind.”

The deal ensures there is a guarantee of zero tariff and zero quota trade on goods between the two sides, equivalent to £668 billion in 2019. However, UK businesses will still face significant costs in the new year as a large amount of border checks on exporters come into play and freedom of movement in the EU will end for the majority of UK nationals.

“It means that we will have full political and economic independence on 1 January 2021. A points-based immigration system will put us in full control of who enters the UK and free movement will end,” the Downing Street spokesperson continued.

“We have delivered this great deal for the entire United Kingdom in record time, and under extremely challenging conditions, which protects the integrity of our internal market and Northern Ireland’s place within it.

“We have got Brexit done and we can now take full advantage of the fantastic opportunities available to us as an independent trading nation, striking trade deals with other partners around the world.”

Following the announcement of the deal, the ‘Brexiter European Research Group’ of Conservative members of parliament said it would put together a self-styled ‘star chamber’ of lawyers in order to scrutinize the terms before they give it their support.

The agreement means a potentially disastrous no-deal exit has been avoided, an eventuality that the UK Office for Budget Responsibility warned would reduce the country’s economic output by £40 billion in 2021 and cost at least 300,000 people their jobs.

“I’m very pleased to tell you this afternoon that we have completed the biggest trade deal yet, worth 660 billion pounds a year, a comprehensive Canada-style free trade deal between the UK and the EU,” Boris Johnson said in a press conference following the deal announcement.

“A deal that will protect jobs across this country, a deal that will allow UK goods and components to be sold without tariffs and without quotas in the EU market. A deal which will, if anything, allow our companies and our exporters to do even more business with our European friends, and yet which achieves something that the people of this country instinctively knew was doable, but which they were told was impossible.

“We’ve taken back control of our laws and our destiny. We’ve taken back control of every jot and tittle of our regulation in a way that is complete and unfettered. From January the 1st, we are outside the customs union and outside the single market. British laws will be made solely by the British parliament, interpreted by UK judges sitting in UK courts, and the jurisdiction of the European Court of Justice will come to an end.”