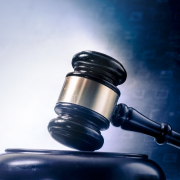 A French court has convicted 14 people in connection with the January 2015 Paris terror attacks on satirical newspaper Charlie Hebdo and a Jewish supermarket. The three assailants were all killed in shootouts with the police on the day, meaning only accomplices were left to face trial.

Regis de Jorna, president of the specially selected court panel of five judges, announced the verdicts after a hearing that lasted 54 days and saw 11 people in the dock and three tried in their absence.

“I waited my turn. Often one asks oneself how one will die. Me, I was going to die here, on the ground at Charlie Hebdo, at my newspaper. The shooting continued. I asked myself if I was going to get a bullet in the head, in the lungs, I was counting the seconds because I said every second that passes could be my last,” Laurent Sourisseau, who now runs Charlie Hebdo, told the court.

“Then it finished, not a sound, a total terrible silence.” Around him were bodies. “I didn’t want to see that. A few minutes before they were all there, all living. I made an effort not to look at the scene … I started to feel pain.”

On January 7 2015, Cherif and Said Kouachi entered the offices of Charlie Hebdo, located in Paris’ central 11th arrondissement. The brothers shot and killed nine newspaper staff, a building maintenance worker and a police officer. After leaving the offices in search of a getaway vehicle, the pair stopped to kill a second police officer who was sitting injured on the pavement. In an incident that was caught on camera, the two then walked up to Ahmed Merabet and shot him at close range before disappearing.

The Kouachi brothers were discovered hiding in a printing works north of Paris and all three terrorists were killed in shootouts with police that day.

Patrick Pelloux is a doctor who works in hospital accident and emergency departments.

He was an occasional contributor to Charlie Hebdo and, on the morning of the attack, had a meeting just round the corner from the offices.

“The brutality, the violence…it has no words,” he told Sky News.

“If you want to shoot in a room that is very small, about 15 square metres, with a Kalashnikov, that is terrible. They were the wounds from weapons of war.

“There is a war being played out in France. There is a real problem with Islamo-fascism and there are going to be more attacks. They are very organised. There will be an attack in Paris, you will see.”