Apple has unveiled plans to invest $1 billion in a new campus and engineering hub within the Research Triangle of North Carolina. The tech company claims that the project should create at least 3,000 new jobs in the area as well.

Apple made the announcement this Monday, adding that the hub will establish the company’s first major east coast location, as well as its first entirely new US campus in more than two decades. Apple previously chose to expand its Austin, Texas campus instead of starting construction on the North Carolina campus back in 2018. A representative of the company claimed that “this project will be much more transformational than the expansion we would have gotten in 2018.”

Apple claimed that the hub will bring in plenty of jobs once its fully operational, including occupations in machine learning, artificial intelligence, software engineering, and “other new cutting edge fields.”

The investment overall is predicted to generate more than $1.5 billion in annual economic benefits for North Carolina. Jeff Williams is Apple’s Chief Operating Officer who spoke about how exciting it was to be a North Carolina native and seeing this project come into fruition.

“As a North Carolina native, I’m thrilled Apple is expanding and creating new long-term job opportunities in the community I grew up in. We’re proud that this new investment will also be supporting education and critical infrastructure projects across the state. Apple has been a part of North Carolina for nearly two decades, and we’re looking forward to continuing to grow and a bright future ahead.”

An Apple spokesperson claimed that hiring for the new campus is expected to “begin immediately.” Until construction on the 1,000,000 square foot campus is complete, Apple will be accommodating new workers in leased out local office buildings, and some workers will obviously be able to work remotely until the opening.

“Even in a pandemic, North Carolina has been on a run with 10 companies and thousands of new jobs in both rural and urban North Carolina announced within just the last two months. Well it’s about to be 11 and this may be the biggest of them all,” Governor Roy Cooper said.

“The average salary for the new jobs Apple will create in North Carolina will be $185,000 per year. North Carolina is a place where cutting-edge ideas are born and everyone can find a place to succeed,” Cooper said.

President of the North Carolina Senate Phil Berger said: “there’s no question North Carolina is the best state in the country to live, work and do business. There’s a reason this transformative project isn’t happening somewhere else. We’re delighted that Apple chose Wake County as the site for its newest research and development campus. An investment of this magnitude is transformational for our community, bringing great jobs and long-term economic benefits.”

“It also proves that we have the right combination of talent and innovation to attract industry-leading companies who want an exceptional quality of life for their employees.”

“At this moment of recovery and rebuilding, Apple is doubling down on our commitment to US innovation and manufacturing with a generational investment reaching communities across all 50 states. We’re creating jobs in cutting-edge fields – from 5G to silicon engineering to artificial intelligence – investing in the next generation of innovative new businesses, and in all our work, building toward a greener and more equitable future,” Tim Cook, Apple’s CEO, wrote in a statement.

The announcement comes after Apple revealed that they plan to invest more than $430 billion and create 20,000 new jobs across America in the next five years. Additionally, the company will be establishing a $100 million fund to support schools and community initiatives in the Raleigh-Durham area, and other areas throughout North Carolina. 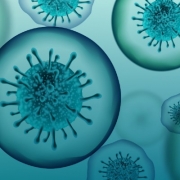 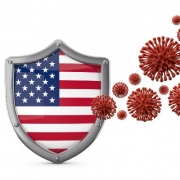