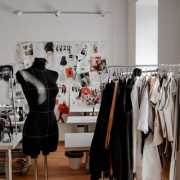 Top designer brands are currently increasing their prices as a means of making up for any economic loss that occurred within the past year due to the pandemic. Currently, there’s a high demand for luxury items among upper class individuals in the US.

After nearly 18 months, designer fashion labels were finally able to revive the art of live fashion shows as well, which has brought back a certain cultural energy that the world was lacking throughout the past year of lockdown.

Chanel, for example, as a brand has increased their handbag prices by at least 15% when compared to last year’s pricing. Chanel’s revenues have also declined by nearly 20% throughout 2020.

A recent Bernstein industry report identified “Rolex, Dior, Prada, Gucci and Louis Vuitton as brands that had raised prices. The pricing of luxury bags had increased at twice the level of the broader consumer prices index over four decades. The most desirable brands had translated growth into increasing prices quickly in an unrealised pricing upside.”

Bernstein analyst Luca Solca said: “Most luxury brands increased prices during the pandemic in the attempt to cushion the impact of lower sales. Chanel has been particularly aggressive in this move. Very desirable brands have the ability to increase prices, if they so wish. This has the advantage of reducing the risk of overwhelming the market and putting perceived exclusivity in jeopardy.”

Orsola de Castro, founder of Fashion Revolution, a fashion activism movement, said: “The luxury industry needs to go back to some kind of semblance of luxury, because it’s hardly been immune to the low-quality, high-quantity bug. There is so much wrong with luxury these days, but the main issue is lack of transparency.”

“To imagine a luxury industry that really is luxurious, they need to reinvent their parameters, go back to the essence of what luxury is – craft, respect for human toil and skills, and beautiful materials. None of this can hurt people and nature, if we are to consider it a luxury product.”

There’s a major rise in the movement for sustainability in fashion, especially considering a lot of the more affordable brands that average working-class Americans can afford are produced in factories overseas, likely filled with harsh conditions and underpaid workers, however, the issue is clearly systemic.

We can’t expect every American to shop sustainably when that’s just not possible for so many individuals, but we can reshape the brands that are deemed “luxury” to return back to a sense of craftsmanship and transparency, like de Castro explained, and hope that a larger revolution in the fashion industry can occur. 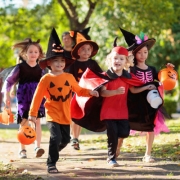 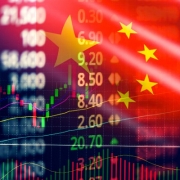 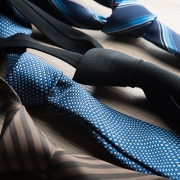 A Tie For Dad Again? Generic Gifts To Avoid Putting Under The Tree This Year