You are here: Home1 / addictions 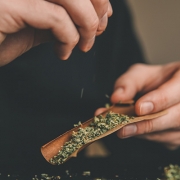 Marijuana has long been one of the world’s most frequently used recreational drugs, and the public perceives the drug to be relatively safe, leading to its legalization in several US states as well as Canada. However, due in large part to its federal classification as a schedule I substance, available research on the health effects of the drug is limited, as scientists have long had severely restricted access to the substance. As its use continues to develop across multiple demographics, however, scientists are escalating their research of marijuana and its effects. It’s long been understood that marijuana use during adolescence can lead to lifelong psychological problems, including problems with memory and diminished IQ. However, recent research is uncovering marijuana’s negative effects on other parts of the body including the lungs, and surprisingly, the heart.

Marijuana is well-known for causing among its effects changes in heart rhythm. As the drug’s effects are felt for roughly three hours when smoked, these changes are temporary, and heart function returns to normal after the drug wears off. However, arrhythmia experienced during marijuana use can cause greater circulatory problems afterwards, particularly in heavy users. As such, sufferers of cannabis use disorder, who use the drug frequently and compulsively, are at increased risk of being hospitalized for arrhythmia. Though arrhythmia, a condition in which the heart’s rhythm is disturbed and irregular, is often benign, it can also lead to life-threatening complications. Lower doses of marijuana are associated with a too-fast heartbeat, whereas higher doses are linked with a too-slow heartbeat. The concern about the link between arrhythmia and marijuana use is particularly strong for young people, who in the study were shown to have the greatest risk of hospitalization.

While some methods of consuming marijuana are less dangerous than others, the safest and healthiest option is to avoid using recreational drugs altogether.

In addition to being linked with heart rhythm problems, marijuana use has also been shown to be linked with an increased risk of stroke, with frequent marijuana users being more than twice as likely to suffer a stroke compared to non-users. Again, this is true even in young people, who normally are much less likely to suffer a stroke than older people. This risk is compounded among people who use marijuana in addition to tobacco and have other health problems, including high blood pressure, that are known to increase one’s risk of stroke. Though the study does not establish a direct causal relationship between using marijuana and suffering a stroke, previous studies have shown that marijuana use leads to increased blood clotting and a narrowing of the arteries, suggesting a likely explanation.

Researchers behind both studies, which are scheduled to be presented at a meeting of the American Heart Association this Saturday, November 16th, conclude that doctors should ask patients who have suffered a stroke or have heart problems whether they use marijuana so as to better prepare treatment options. As the studies have not yet been published in a peer-reviewed journal, their findings are considered preliminary. Though the American Heart Association takes no position on the legalization of marijuana, it recommends that public health protections such as age restrictions on purchasing the drug and smoke-free air laws be put into place.

Disturbing evidence about the negative health effects of marijuana also recently arose in the aftermath of a spate of hospitalizations in connection with a series of mysterious vaping-related lung injuries, some of which lead to death. Recently, the CDC revealed that the ingredient believed to cause these emergencies is Vitamin E acetate, a chemical sometimes added to THC vape products to change the consistency of the oil, particularly on the black market. Of course, smoking marijuana also harms the respiratory system, as tar accumulates inside the lungs and carcinogens enter the body. While some methods of consuming marijuana are less dangerous than others, the safest and healthiest option is to avoid using recreational drugs altogether.