You are here: Home1 / animations 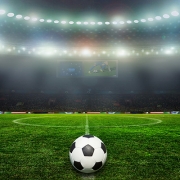 EA has published their series of soccer simulation games for several decades now, with each new release iterating on the previous one to maintain the same core gameplay mechanics that players love while introducing new elements to enhance the game’s sense of realism and accuracy. Using the tagline “Experience football intelligence,” EA plans to continue this trend with the September 27th release of FIFA 20. The newest installment in the series features a host of improvements to the game’s core simulation engine, attempting to provide the most convincing facsimile of the sport yet.

Chief among these improvements is the game’s introduction of a mode titled “VOLTA Football,” which allows players to simulate street football in addition to the traditional matches associated with the series. This mode will allow for smaller games, with 3v3, 4v4, and 5v5 matches, and enables players to customize the gender, clothing, shoes, and tattoos of their avatars. This mode includes a storyline mode, allowing players to insert themselves into a narrative about a football player rising to fame and glory.

The game also features a revamped career mode, which includes several additional features tailored to responses and criticisms about previous iterations of the game. These include interactive press conferences, in which players can decide how to approach the media, and the simulation of conversations between players. As in previous installments in the series, the game features real-life football leagues, teams, and players, and approximates the various levels of skill of each player based on their real-world performances. The game also integrates 90 fully licensed real-world stadiums from 14 countries.

Perhaps the most impressive aspect of the newer entries of the FIFA series, especially FIFA 20, is the convincing and realistic physics and animation engine. Players move about the field realistically, as animations blend into one another seamlessly, and physical contact between players is portrayed dynamically and believably. Additionally, FIFA 20 features enhanced ball physics, and the movement of the ball on the field is governed by a physics simulation that takes into account the contact between the ball and various elements present in the game environment, including the players as well as the ball’s spin and trajectory.

Another improvement in this year’s entry is the addition of mechanics to give advanced players more control over the ball, further simulating the tactics and techniques employed by real-world professional athletes. These additions include strafe dribbling, affording players more agility while on the ball, controlled tackling for taking back control of the ball, and composed finishing, creating more realistic shots at goal. While these new mechanics may take time to master, they are sure to reward dedicated players with the satisfaction of greater maneuverability and immersion in the game.

Though fans of the series will have to wait nearly two weeks to get their hands on a copy of the game, they can treat themselves to a free demo released today, September 10th, for the Xbox One, PS4, and PC. The demo showcases the new Volta Football mode as well as offering players a chance to try out the new game mechanics. Unfortunately, Nintendo Switch owners will not be able to access the demo, and the version of the game released on Nintendo’s less-powerful handheld will lack many of the features that separate FIFA 20 from previous entries. Initial reactions to the game to the game have been mostly positive, although the game’s representations of each professional players’ skill levels have been met with some criticism. As reviewers have not yet had a chance to get their hands on a copy of the retail version of the game, only time will tell whether FIFA 20 will be as beloved as earlier games, or whether fans will reject the changes in this year’s update.