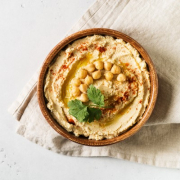 Sabra Dipping Company, the maker of popular Sabra Hummus, has announced a recall of about 2,100 tubs of its classic hummus after a routine test performed by the Food and Drug Administration (FDA) revealed a potential salmonella contamination. The FDA made the announcement this Monday, stating that all 10-ounce tubs should be called back.

Sabra themselves released a statement which stated that “no other Sabra products are affected by this recall. The product was distributed to 16 states. The product is over halfway through its shelf life, so it’s unlikely you will find this product on the shelf to begin with.”

So far, there have been no reports of illness or contamination, hence the voluntary aspect of the recall. However, salmonellosis, the condition most commonly caused by salmonella, is an intense sickness that can lead to “diarrhea, abdominal cramps and fever within 12 to 72 hours after eating a contaminated product,” according to the FDA.

According to the Mayo Clinic, “salmonella infection can cause dehydration, which for some can require hospitalization. But typically, people with salmonella do not exhibit any symptoms unless they have a weakened immune system.”

Customers who believe that they purchased the specific recalled product should immediately return it to the place of purchase, or they can visit the Sabra recall website for additional information. Sabra also wants their customers to know that they can contact Sabra Consumer Relations at 1-866-265-6761 Monday – Friday from 8 a.m. to 8 p.m. Eastern Standard Time.