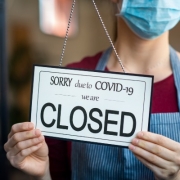 Over 30 million Americans have lost their jobs during the first two months of the Covid-19 pandemic. The month of May, however, offered a glimmer of hope, as the unemployment rate decreased from 14.7% to 13.3%, and 2.5 million individuals regained some sort of full-time employment.

In April alone 20 million Americans lost their jobs due to Covid-19 related reasons. Originally, economists were predicting the unemployment rate to increase to 20%, and while those experts have so far been refuted, the economic damage that’s already been done is vast.

As all 50 states begin easing their quarantine restrictions, more individuals have been able to return to work, or find new work more easily. Within May, 1.2 million new jobs were created, and the weekly rate of job loss went from 6.6 million in April, to 1.9 million just last week. Obviously, 1.9 million jobs lost per week is still a shocking amount of individuals losing their source of income during a global pandemic, however, during a time of such economic/political unrest, it’s better than nothing.

“America is now witnessing a shift from temporary to permanent layoffs. The US pandemic initially hit the leisure and hospitality industry hardest, now the damage is spreading further, states are running out of cash and companies are burning through their stimulus checks. The longer this goes on, the bigger the chance of permanent consequences. Without further help from Washington local governments and businesses will have to make some very uncomfortable decisions,” says Jason Reed, a professor of finance at the University of Notre Dame’s Mendoza College of Business.

The unemployment numbers that we see everyday on the news don’t even give the full scope of the situation. In a broader measure of unemployment that specifically counts workers who have either given up looking for a job, or are currently part-time looking for a full-time job, the numbers show even more historical numbers. The specific measure is known as U6 and the rate of unemployment went from 7% to 21.2% throughout the entire pandemic.

“The sheer volume, size and rapidity of losses is something I have never seen before. It took the US 16 months to reach a peak of 10% unemployment in the last recession. I’m hopeful the job market can start recovering in the months ahead, but worry a lack of political action could lead to deeper losses,” William Rodgers, the former chief economist at the US Department of Labor, who also has been studying the jobs report for 20 years.

The federal government has since signed off on $1.6 trillion in funding to help the economic impact of Covid-19, however, a majority of that fund has already been spent. Rodgers also emphasized that the closing of more businesses is what’s going to continue to hit the economy the hardest, especially if we receive a second wave of cases amid all the protests that have been occurring throughout the past month.

Congress is discussing another aid package that would distribute $3 trillion to American citizens, however, the Republican senators are resisting that plan. However, with the future of this pandemic and its continuous economic impact still unknown, the people need the government on their side now more than ever.

Remember, if you’re planning on attending a protest within the coming weeks, continue to practice social distancing as much as possible, and wear a mask at all times. Wash your hands, clothes, and body the second you get home, and keep listening to your healthcare officials.