You are here: Home1 / Aaron Rodgers

While NFL free agency isn’t set to kick off until March 16, teams have already begun to reshape their rosters in attempts to win now, or start rebuilding for the future.  One of the most significant storylines heading into the offseason were the bevy of uber-talented quarterbacks — Aaron Rodgers, Russell Wilson, and DeShaun Watson — who have been disgruntled and desiring a fresh start.

For Denver, the trade was absolutely vital. Since 2016, the Broncos have started 11 QBs, a collection comprised of has-beens, journeymen, failed prospects, and unknowns. The result hasn’t been pretty, with a 39-58 total record and no playoff appearances over that span.

The 33-year-old Wilson — who had grown displeasurable in Seattle under head coach Pete Carrell despite years of success that resulted in a Super Bowl win — certainly looks to be the missing piece, and won’t have to carry the weight. Denver has done a solid job of building up their offensive core with promising young pieces like receivers Jerry Jeudy, Tim Patrick, and Courtland Sutton, along with running back Javonte Williams.

As for Seattle, trading away a nine-time Pro-Bowler is never an easy task. While the four high picks will definitely give the Seahawks a jumpstart towards acquiring younger talent, some experts like ESPN staff writer Bill Barnhill don’t believe it was a good enough package in return.

“No, I don’t think [it’s a good return]. The Seahawks are certainly getting plenty of volume back for one of the best players in franchise history, but it’s more quantity than quality.”

Lock — a former second-round pick — threw for 15 interceptions, a 57.3 completion percentage, and possessed a 75.4 QB rating in his last full season of starting back in 2020. Meanwhile, Fant has yet to reach over 700 receiving yards in a single season.

While Barnhill was surprised at the lack of quality the Seahawks were able to acquire, he reasoned that “maybe that wasn’t in the cards for a player in his mid-thirties who is about to get a massive extension.”

Elsewhere in the league, quarterback Aaron Rodgers has announced he will be returning to play for the Green Bay Packers next season. Initially, it was reported that Green Bay and Rodgers signed a four-year, $200 million extension that would make him the highest paid player in NFL history with a $50 million annual salary. Rodgers, 38, later tweeted out the report was “inaccurate,” and that neither a deal nor a signing is official.

The four-time MVP’s and Green Bay’s relationship has been a rollercoaster for quite some time now. Rodgers had previously been upset with the team’s drafting, which included taking QB Jordan Love in the first round back in 2020.

Afterwards, Rodgers said that while he had the desire to play into his 40s with the Packers, he continually kept an enigmatic stance on his future, bringing up the possibility of retirement on multiple occasions.

Eventually, it would lead to boycotts and missed offseason practices before a contract restructuring occured on the last year of his former deal, making a possible separation  — one that seemed all but certain to happen at one point — between the two parties after the 2021 season easier. 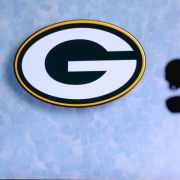