You are here: Home1 / aaron 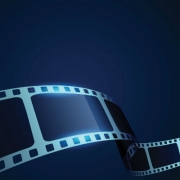 Breaking Bad’s final episodes were arguably just as good as the rest of the series, which is to say they provided a satisfying and complete conclusion to the show’s various character arcs and plot threads. Jesse Pinkman’s final scene, in which he escapes a Nazi compound driving a stolen El Camino through a chainlink fence, gives the character resolution while leaving his fate open to the viewer’s imagination. Though not explicitly stated, audiences have long speculated that Jesse escapes both the law and his criminal past, free to start a new life someplace far away. El Camino, a two-hour thriller filmed in secret and released on Netflix on October 11th following a limited theatrical run, explores Jesse’s character in the immediate aftermath of the events of the series, and while it offers few surprises or new plot developments, the film is a well-crafted and entertaining coda to the critically-acclaimed series.

Perhaps the first thing viewers will notice about the film is the fact that all of the actors have visibly aged, as the movie was filmed six years after the conclusion of the series on which it was based. For the film’s protagonist, this fact of life works to the narrative’s benefit; Aaron Paul looks suitably transformed as Jesse Pinkman after having undergone an unimaginably cruel ordeal during the events of the series’ final season. However, the appearance of other characters strains believability. Badger and Skinny Pete, for instance, are presumed to be in their 20’s, but are portrayed by actors who are 37 and 48 respectively. And while the movie borrows heavily from the visual language of Breaking Bad, its cinematographic style has also matured, as it was produced with a higher budget and filmed with better-quality cameras. As such, the film is visually distinct from the series that preceded it, as its various elements combine to produce a more mature and refined appearance, a welcome evolution of the series’ iconic look.

Just as in Breaking Bad, the writing and acting on display in El Camino is phenomenal, and Aaron Paul excels in a leading role. Whereas the presentation of his character throughout the five-season series mainly focused on his relationship with Walter White, Jesse is often acting by himself throughout the events of the movie, allowing Aaron Paul to fully showcase his talent. Paul skillfully portrays Pinkman both in the aftermath of the events of the series and in flashbacks to previous points in the show, skillfully depicting the transformation of his character from the one viewers will recognize from the series to the movie’s more independent and world-wearied take. One of the major themes of the original show was the idea of transformation, as the show depicts the gradual but drastic evolution of Walter White from unassuming high-school teacher to meth kingpin, and this theme is extended in El Camino, as Jesse Pinkman becomes his own man rather than one who is defined by his relationship with his mentor and father figure, Mr. White.

Though the film certainly provides some new perspective on a fan-favorite character, the general plot points of El Camino are unsurprising, as Jesse’s fate was effectively telegraphed by the events of the series. Though the film offers a few twists and turns, as well as a number of flashbacks that both inform the plot and give the viewer a sense of Jesse’s emotional and mental state in the present, the general trajectory of the movie’s principal characters is predictable. This, however, is perhaps for the best, as it prevents the movie from overshadowing the series that came before it. Fortunately, the film in no way detracts from Breaking Bad, as its additions to the story respect the show’s legacy and build on top of it rather than trying to redefine it. El Camino is more like an excellently-crafted extended post-credits scene than an independent film to be enjoyed in its own right, and it gives some welcome, if redundant, closure to an already phenomenal television experience.