You are here: Home1 / academic 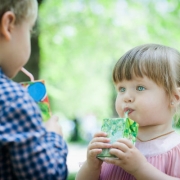 A multitude of school districts in Manchester are participating in a study that’s looking into the wellbeing of children and their emotional responses to reentering the world as the pandemic reaches its eventual end. Two-thirds of parents believe that mental health should be prioritized over academic attainment in the coming school year.

The Greater Manchester Young People’s Wellbeing Program will be running the study that will be gathering data from tens of thousands of young students across 250 secondary schools in the city of Manchester. This is the first study of its kind in the UK, and it will begin collecting data this fall. Initially, the program will attempt to learn young people’s feelings and concerns over returning to school, as well as their physical activity.

Research is also being conducted for the University of Manchester in association with the Anna Freud Center, the Youth Sports Trust, and the Greater Manchester combined authority. This major collaborative effort shows that Manchester authorities and educators are greatly concerned that students won’t be able to learn as successfully due to the amount of adjustments they’ve had to make within the past year.

David Gregson is a philanthropist who first brought up the idea of performing this study. Gregson argues that “the UK has neglected the wellbeing and physical health of children in favor of academic attainment, to the detriment of their actual development.”

The Youth Sports Trust also recently performed a survey that suggested parents agree with Gregson’s argument. The survey found that “65% of parents believed wellbeing was a key factor in choosing a child’s secondary school, while only 48% said the same of exam results. Meanwhile, 70% of parents with children between the ages of 11 and 16 said their children’s wellbeing had suffered during the pandemic.”

“I first took this idea to Greater Manchester in 2019 and all Covid has done, as the tide has gone out, is expose the pebbles we knew existed. For me, our education system has become too focused on attainment. A necessary but insufficient assessment,” Gregson said.

“We’ve got ourselves into the position where we think that attainment is the be-all and end-all and I don’t agree with that. I want to change that dialogue and I want to improve the wellbeing of young people in Greater Manchester to prove that point.”

Gregson claims that all the data collected in this program will be shared with local authorities and government leaders so that they can recognize, and hopefully change, areas of need within the education system.

“My 10-year plan is to add a second leg to the assessment of young people in Britain that we don’t just think of them as people who get GCSE results,” Gregson said.

“That we think about another equally important part of their makeup, which is their wellbeing, their sense of self-esteem, their sense of optimism. We’ll need all of that. We needed it pre-Covid and we’ll certainly need it after Covid.”