You are here: Home1 / Adam Mosseri 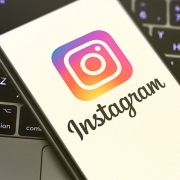 Adam Mosseri, head of popular social media app Instagram, claimed recently that the platform is shifting its focus to compete more directly with TikTok. This means Instagram will begin prioritizing putting entertainment, videos, and shopping at the center of the apps experience.

“We are no longer a photo-sharing app. The number one reason people say they use Instagram, based on research, is to be entertained.”

He went on to explain how he recently “told the company that because of this data, Instagram will lean into the entertainment trend and video. TikTok and YouTube are huge competitors to Instagram, so in order to stay relevant, the app must evolve.”

“People are looking to Instagram to be entertained, and there’s stiff competition, and there is more to do and we have to embrace that, and that means change.”

Mosseri discussed how the app is currently experimenting with a change that involves showing users more recommended posts in their feeds that directly relate to the accounts that they already follow.

Media reports on this shift stated that the changes would “make Instagram theoretically function similarly to how YouTube manages its home page.” TikTok has a similar function that shows users recommended videos and users based on the other posts that they’ve liked.

Mosseri claims beyond just posts and users, however, Instagram will be working to make the recommendations more topical, so users can tell the app what kind of content they want to see more or less of.

Mosseri says that “Instagram’s goals moving forward are to embrace video more broadly beyond its IGTV, Reels, and Stories integrations. Instagram wants to focus on more full-screen, immersive, mobile-first video experiences over the square photo-sharing app that it has been.”

The rise of recommended content has been growing exponentially among all social media platforms. Some users love it, and some hate it, which is why Apple recently implemented an update that lets users decide which apps can track what the user is doing.

It’ll be interesting to see how much Instagram shifts to be more like TikTok or YouTube, and if that shift will help it gain more popularity, or cause a decrease in user engagement due to the fact that many people complain about missing when Instagram was just for uploading one photo at a time.