You are here: Home1 / Alexander Kueng 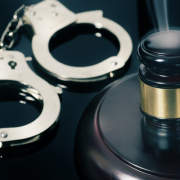 The three former officers are charged with deprivation of rights under color of law for allegedly failing to give Floyd medical aid, according to the indictment. Thao and Keung are also being charged with failing to intervene when Chauvin was using unreasonable force as he kneeled on Floyd’s neck and back for over 9 minutes, leading to his death.

Keung, Lane, and Thao have all pleaded not guilty to the federal charges. Chauvin admitted guilt back in December as part of a plea deal. A jury of five men and seven women have been chosen for the trial this week.

20 months ago George Floyd, a 46-year-old Black man, was handcuffed and pressed to the pavement lying on his stomach while former officer Chauvin applied pressure to the back of his neck and back with his knee. Floyd continuously pleaded with officers that he couldn’t breathe, calling out for his mother and gasping consistently for 9 minutes.

The officers called for medical services but did not provide any actual aid to Floyd, who eventually fell unconscious and stopped breathing. He remained in that state while being taken to the hospital, where he later would pass away.

The video of Floyd’s tragic passing went viral, sparking one of the largest social justice movements around the world. Ben Crump, the Floyd family’s attorney, recently made a statement regarding the difficulty the family is facing, constantly reliving this tragic moment.

“This trial will be another painful experience for the Floyd family, who must once more relive his grueling death in excruciating detail. On behalf of the legal team and the family, we trust and expect that an impartial jury representative of the community will be seated to do this important work.”

This federal case is separate from the state charges for Floyd’s death, which Keung, Lane, and Thao are set to endure trial for in June. The state charges include aiding and abetting, with all three officers pleading not guilty.

All four officers were fired due to the bystander video release of Floyd’s death, and were arrested and charged days later. Chauvin pleaded guilty to federal civil rights charged for violating Floyd’s rights during the arrest.

Chauvin is currently facing a sentence of between 20 and 25 years in prison to be served during his current 22.5 year sentence on the state murder charges.