You are here: Home1 / anti vaccination 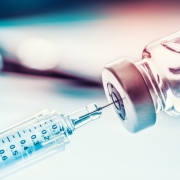 Dr. Anthony Fauci says that he would definitely settle for a Covid-19 vaccine that’s only 75% effective as a means of slowing down the spread of the virus, however, the fact that many Americans already claim that they won’t get a coronavirus vaccine makes it “unlikely” that the US will reach a level of collective immunity that would expel the virus from the country.

“The best we’ve ever done is measles, which is 97 to 98 percent effective. That would be wonderful if we get there. I don’t think we will. I would settle for a 70, 75% effective vaccine.”

With government support currently three coronavirus vaccines are projected to be studied in large-scale clinical trials within the next three months throughout the world. In a recent media poll, one-third of Americans said they would not try to get vaccinated against Covid, even if the vaccine was cheap and widely distributed.

The main concern right now isn’t how effective the vaccine itself is going to be, as we haven’t seen enough trial data yet, but instead the lack of herd immunity that will result if one-third of the country refuses to be vaccinated. Herd immunity is defined as when a sufficient number of individuals in a given population are immune to an infectious disease, making spread from person to person unlikely. Immunity isn’t necessarily equivalent to being vaccinated either, as we know, many individuals throughout the world are either asymptomatic or completely immune from the coronavirus.

Fauci claimed that “there is a general anti-science, anti-authority, anti-vaccine feeling among some people in this country — an alarmingly large percentage of people, relatively speaking.”

The anti-vaccination movement is much larger than most realize and while certain states, such as New York, require individuals to be vaccinated if they’re in a public school setting, not enough enforcement is in place nationwide. Fauci went on to explain that they have an extensive program in the making that will be relatable to community members in an attempt to get them to consider vaccination once it’s available. The program, however, is in the preliminary stages.

Fauci continued to state that every state would receive a different letter grade when asked if he could grade America’s response to the pandemic. “Some states are going to be A+, some A, and some are a C.” He didn’t name any specific states, however, he alluded that all the states where you see large gatherings of people who aren’t wearing masks were creating a recipe for disaster for themselves.

Until the world sees a real vaccine, one of the number one ways to slow down the spread of the virus from an executive standpoint is contact tracing. Public health officials have been trying to contain certain outbreaks of Covid-19 by isolating infected people and extensively interviewing them about who they’ve had contact with while they were infectious.

However, Fauci says the US is barely practicing contact tracing especially when compared to countries like China and Japan. He also claims that contact tracing is difficult because a lot of individuals who contract Covid-19 are asymptomatic, so they don’t even realize they’re sick. For now, he encourages everyone to continue to quarantine, wear a mask if you’re out in public and continue to socially distance.