You are here: Home1 / antitrust 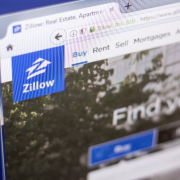 A real estate startup company is suing Zillow within a federal court over allegations that the website is violating antitrust laws by “deceptively steering customers to home listings from a subset of agents.”

The suit was filed in a US federal court in Seattle in which the startup Rex alleges that Zillow and its affiliate Trulia are illegally favoring certain listings by brokers who belong to the National Association of Realtors (NAR); the most prominent US real estate trade association. The startup has claimed that non-NAR real estate agents are now located in a “hidden tab” on the website.

Rex’s general council Mike Toth was recently interviewed to discuss the suit regarding one of the nation’s most popular real estate listing websites. “The change by Zillow and Trulia forces all non-NAR listings to have permanent low visibility. This is the real estate web returning to this old vision of data segregation rather than data democratization for consumers.”

The suit could potentially shift the way in which certain online real estate platforms operate and allow more opportunities to arise for more buyers and sellers to negotiate the type of agent they want. Zillow and Trulia account for 75% of the online home search market in America, and when they made changes to their sites in the beginning of January, listings began being segregated to hidden areas of the site.

“Zillow and Trulia started segregating listings, giving preferential treatment to the 1.3 million real estate agents who belong to NAR. Other listings, including those posted by brokers not affiliated with NAR, foreclosures and homes listed for sale by owners without agents, are now relegated to a separate tab. We are asking the court to block Zillow and Trulia from segregating listings,” Rex claimed.

NAR has their own real estate listing site, Realtor.com, which is the second-most viewed site for agents throughout the nation. That platform is known for only showing listings by NAR’s agents, and understandably so considering it’s their own website. So the issue now is that the changes Zillow and Trulia made means that three out of the four most popular real estate listing sites are favored for NAR’s agents and their listings exclusively.

Those listings in particular tend to be more expensive because they require the seller to pay a commission, often 6% of the homes sale price, which is split between the agents of the buyer and seller. Rex has now raised these antitrust concerns with the Justice Department and 35 state attorney generals.

Viet Shelton is a spokesperson for Zillow who claims the company “made the change in January after it became a participant in the Multiple Listing Services Internet Data Exchange feeds, which are operated by NAR. Zillow’s rules for the IDX feeds require participants to segregate listings. Zillow is committed to giving consumers the most up-to-date housing information on the most amount of listings possible on a single platform. We made changes to the way some listings appear on the site in order to be compliant with MLS rules.” The suit will likely begin unfolding within the next month or so.

As time goes on, the cutting edge of technology has proven to become an essential part of our daily lives. As such, the massive corporations that produce this technology continue to grow even bigger and more influential. Amazon, for instance, plans to fill 30,000 open positions in the United States before the end of the year, and Google’s Android operating system powers roughly half of all smartphones. As these companies grow more powerful, so too do their potential to commit business practices that are anti-competitive or infringe upon the rights of consumers. Accordingly, some governmental bodies are initiating antitrust investigations against Amazon, Apple, Facebook, and Google in response to concerns about corruption and fraud.

Amazon dominates the online shopping market by offering a massive selection of products, lower prices than its competitors, and a Prime membership that includes free two-day shipping as well as unlimited access to streaming music and video content. In addition to its own products, the company sells products from Amazon warehouses as well as through third-parties. However, the company has recently come under fire due to claims that it unfairly promotes its own products over products by other manufacturers in search results and in its recommendation algorithm. More specifically, Italy’s antitrust authority is investigating whether or not the company gives preferential treatment to retailers that use Amazon’s fulfillment network, rather than outside shipping and handling services. Amazon claims that the reason these retailers do better on the site is that their consumers prefer their fulfillment network to others, but investigators are skeptical.

Similarly, Apple has drawn controversy over the iron-clad grip the company maintains over its App Store, which requires developers to adhere to strict guidelines and which seems to highlight apps developed by Apple more prominently than apps developed by third parties. The company maintains that it has the right to curate content on its marketplace as stringently as it pleases, and does so to reduce the incidence of fraudulent or otherwise harmful applications. However, regulators worry that this practice unfairly mitigates the potential success of competing developers, and several software companies, such as Spotify, have issued formal complaints.

Facebook, on the other hand, is facing criticism for its history of acquiring smaller social networking services and integrating them into their platform, expanding their reach and influence. The Federal Trade Commission is looking into the company’s pattern of acquiring other businesses, including Instagram and WhatsApp, to determine whether these purchases constituted anticompetitive practices. Given the company’s dominance in the realm of social networks, it’s challenging for smaller start-ups to gain traction, and potentially even more so in the event of violations of antitrust laws.

Google, too, has been accused of modifying its search result pages unfairly, giving the impression of presenting content objectively while actually giving prominence to results that benefit the company financially. As time has progressed and the company’s business model evolved, the search engine transitioned from mostly providing users with links to other websites towards responding to users’ search queries directly. While this approach serves consumers better and more quickly, it also raises questions about whether this monopolization of information in search results creates an opportunity for the company to shape public opinion for the company’s benefit. Both the FTC and the European Union have investigated Google; the company settled with the former organization, which did not conclude there was harm to customers, and the EU fined Google for favoring its shopping service over others. Additionally, given the near-total dominance of Android among smartphone manufacturers that are not Apple, there are concerns that the company is a monopoly in this field.

This article is based on information from the New York Times article, How Each Big Tech Company May Be Targeted by Regulators.