You are here: Home1 / arteries 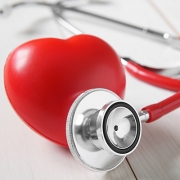 According to a recent large study, stents and coronary artery bypass surgery are not more effective treatment options than intensive drug treatment and lifestyle changes that incorporate healthy habits, causing a new controversy in the medical field of cardiology. The subject of the best way to treat people with narrow coronary arteries has long been the subject of fierce discussion among doctors and researchers, with most doctors opting to implant stents into clogged arteries in order to treat people who have heart disease. Stents are tubes made out of wire mesh that force arteries open, allowing blood to flow more vigorously through the body. This type of surgery is very common, and it is even performed when patients have no symptoms or only experience pain after exerting themselves.

The findings of the study were released on Saturday during the American Heart Association’s annual scientific conference, and the study was the largest and one of the most rigorous of its kind ever conducted. Though the study found that surgery is often lifesaving for people who had heart attacks, the procedure may be performed more often than is medically necessary, as less invasive options produce similar positive health outcomes in certain populations. Among these options are the use of drugs that lower cholesterol, which contributes to the buildup of plaque within the arteries, which in turn increases one’s risk of heart attack or stroke. Stents or bypass surgery, however, are more effective than drugs and lifestyle changes for frequent chest pain.

While the findings discourage the use of surgery in patients who are asymptomatic, they may also encourage the procedure in people who have frequent chest pain

The findings are likely to have an impact on the conversations doctors have with their patients about the best course of treatment for a wide range of heart problems. While lifestyle changes, combined with medicine, are the ideal treatment for people with heart disease who experience no or only minor symptoms, these changes can be difficult for patients to make and keep over time. Changing one’s diet, for instance, generally involves a significant shift in the way one thinks about food, and committing to an exercise routine can be especially challenging for people who are busy. Interventional cardiologists perform surgeries like stent procedures, whereas preventative cardiologists prescribe drugs and encourage lifestyle changes; these recent findings are likely to inspire disagreements between these two specializations.

While the findings discourage the use of surgery in patients who are asymptomatic, they may also encourage the procedure in people who have frequent chest pain, as implanting stents was shown to be effective both in reducing chest pain and lowering the risk of a cardiovascular event. The study also highlighted the importance of smoking cessation in reducing one’s risk for heart attacks and strokes, as quitting smoking is perhaps one of the most significant lifestyle changes a person can make to improve their health overall, especially as he or she ages.

While implanting stents is an effective treatment option in some cases, it is not totally effective; in the study, patients who had stents implanted suffered heart attacks at a rate of 5.3% whereas the group receiving medical therapy only underwent heart attacks at a rate of 3.4%. However, after four years had passed, the group with invasive procedures fared better than the other group, having heart attacks at a rate of 13.3% as opposed to 15.5%. While these findings need to be studied further, they may be the result of the fact that many people fail to maintain lifestyle changes over the course of several years. For treating chest pain, stents had a clear advantage over the other therapies, as they relieved chest pain in 50% of patients whereas medical and lifestyle therapy relieved chest pain in only 20% of patients. That being said, both options have been shown to be effective treatments for a number of heart problems, and thanks to modern medicine, people suffer from untreated heart issues at a lower rate than in the past.