You are here: Home1 / Asia Pacific 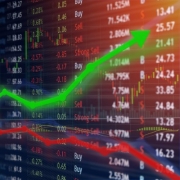 As Joe Biden gets closer to becoming the next President of the United States, shares in major technology and health stocks are climbing. Shares in Asia Pacific, for example, have already climbed to their highest point in three years within the past 24 hours.

Biden currently only needs six electoral college votes to secure the presidency. Investors on the other side of the world have been closely monitoring and betting on Biden getting to 270 votes. Asia Pacific shares climbed by 1.3% which is the highest it has increased since February 2018. Japan technology firm Nikkei rose by 1.1%, the highest it’s been in nearly a year.

China’s blue chips stocks gained .8% due to the possibility of Biden taking Trump’s place in the White House and therefore reversing his trade war tariffs as well. Edward Moya is a spokesperson for OANDA who recently spoke with the press about how even the possibility of a Biden presidency is helping boost the global stock market.

“The contest is not over, and President Trump will not go down without a fight, but financial markets are confident to price in a Biden presidency along with a Republican controlled Senate.”

A Biden win with a Republican controlled Senate would mean there’s less risk for regulation and corporate/personal taxes being raised. The stock market’s reaction to the past 48 hours also is showing “US growth stocks outperforming on prospects of less economic aid,” according to market analysts.

“Technology and healthcare stocks duly led the charge higher overnight while those leveraged to consumer demand lagged. With tech stocks accounting for such a large share of the indices, the S&P 500 gained 2.20% and the Nasdaq 3.85%.”

Bond markets in the US are running under the assumption that a divided government would reduce the possibility of debt-funded spending on things like stimulus and infrastructure support for the country. If this were to happen there would also be a reduced bond supply as well.

10-year US Treasury has dropped down .74% so far after remaining at a .93% peak for five months. Additionally, “the Dow jumped 1.3%, or some 360 points, while the S&P opened up 1.6%. The Nasdaq rallied 1.9%. The S&P 500 and the Nasdaq Composite are on track for their best week since April. For the Dow, it’s shaping up to be the best week since June,” according to media reports.

Shares in major tech companies have also continuously risen within the past two days. For example Facebook and Google parent company Alphabet traded more than 2% higher while Amazon, Apple, and Microsoft gained more than 3% each. Because these tech companies work with international governments, mainly China, the prospect of a divided US government has investors on all sides assuming taxes won’t increase. This would also mean the current trade war with China would stabilize.

As the results continue to be counted throughout the country, and Biden gets closer and closer to a presidency, stocks will likely continue to increase in the tech and healthcare sectors, as those are two areas that will likely see a massive spike in investments should Biden win and enact his policies for Covid-19 and the current economy in the US.