You are here: Home1 / asian 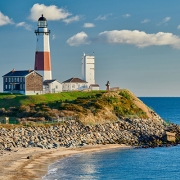 A major three-year investigation by Newsday has revealed a widespread, systemic practice of racial discrimination against Hispanic, Asian, and Black Long Island homebuyers. Newsday characterized the investigation, which involved 240 hours of secret recordings, 25 trained undercover testers, and tests of 93 real estate agents, as one of the most extensive investigations they’ve ever conducted. According to the report, black buyers face disadvantages roughly half the time they enlist brokers, and other minorities also faced disadvantages but a lower rates. In order to ensure widespread access to the information, Newsday opted to remove their website’s paywall for this article, which the newspaper described as “essential and groundbreaking.”

According to the detailed and lengthy report, “house hunting in one of the nation’s most segregated suburbs poses substantial risks of discrimination.” For this project, the newspaper used a paired-testing approach in which they sent undercover testers with hidden cameras to 93 agents on Long Island to determine whether their experiences differed on the basis of race, with testers of different races claiming similar financial situations and housing requests. On Long Island, which is home to 2.8 million people, divisions exist along lines of race, class, and politics, and Newsday’s investigation highlights how a discriminatory real estate industry perpetuates this separation, disadvantaging people of color.

The investigation featured tests conducted on all parts of Long Island, in both Nassau and Suffolk Counties, and found that Black homebuyers received different treatment 49% of the time, Hispanic homebuyers 39% of the time, and Asian homebuyers 19% of the time. Additionally, the report claims that real-estate brokerages steered white prospective homebuyers towards majority-white neighborhoods and encouraged minorities to seek housing in neighborhoods with high minority populations. One real estate agent, for instance, told a black customer that Brentwood has “the nicest people,” but the same agent advised a white customer to “do some research on the gang-related events in that area for safety.”

While the results of the investigation are not comprehensive enough to prove legal wrongdoing, they form a body of evidence that provides a general understanding of the extent of racial discrimination in Long Island housing, opening the door to potential future legal action against the offending parties.

The investigators also found that real estate agents engage in other forms of discrimination. For example, agents commonly refused to provide home tours or house listings to minority testers unless they met financial requirements that weren’t imposed on white testers. Real estate agents had a tendency to choose places like Merrick, which has an 80% white population, for white customers. Additionally, the real estate agents demonstrated a pattern of sharing information about racial, ethnic, or religious demographics of different communities with white customers but not with minority customers. In these cases, the agents in question violated fair housing standards, which prohibit agents from discussing the racial makeup of communities when selling houses if doing so is meant to “steer” prospective homebuyers towards communities with similar racial characteristics. One agent, for instance, warned a white tester about Huntington, saying “You don’t want to go there. It’s a mixed neighborhood.”

The investigation was comprehensive, covering areas where 83 percent of Long Island’s population live, from poor areas to wealthy ones like the Hamptons. Although real estate agents and brokers are bound by law to follow fair housing practices, many of the individuals who were subjects in the investigation clearly failed to do so in Newsday’s account. The newspaper also sent reporters to classes where fair housing standards were taught to real estate professionals, and described these classes as “shockingly thin in content.” Upon learning about being treated differently on the basis of race, one tester described the news as “pretty outrageous and, of course, offensive.” Overall, the investigation focused on twelve of the most popular real estate brands on the island, and find that only two of the firms showed no evidence of disparity in treatment along racial lines. Before publishing the report, Newsday informed the firms in question that they had been subjects of an investigation and shared their results, offering them a chance to review the evidence, respond, and take appropriate action. While the results of the investigation are not comprehensive enough to prove legal wrongdoing, they form a body of evidence that provides a general understanding of the extent of racial discrimination in Long Island housing, opening the door to potential future legal action against the offending parties. 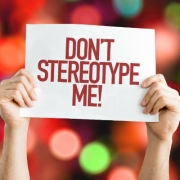