You are here: Home1 / medical history 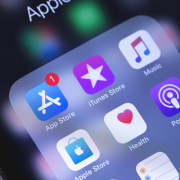 In the modern world of technology and medicine, many medical facilities have taken a digital approach to saving their patients information and medical history. Not only does this save paper, but it also makes it easy for doctors to see everything they need to know when you come to visit.

Now, Apple has announced that with the new iOs 15 update this fall, some iPhone users will be able to send medical data directly from their Health app to their doctors electronic medical records systems.

The point of this update is to make it easier for patients who maybe have multiple doctors, are seeing a new physician, or just need to easily access and share their data. Libo Wang is a cardiology fellow who studies wearable technology and its potential health benefits.

“The current workflow is mildly laborious, and requires the patient to email the pdf, and a clinician manually uploading that file to create a permanent record in the official electronic medical record.”

The new update will be collaborating directly with six electronic medical record companies in the US, including Cerner, which controls about a quarter of the market in the US. Apple says as the year progresses it will continue to add more companies to make sure as many iPhone users as possible have access to the feature if they want it.

“Having secure ways to view and share this information in a clinical context has been helpful,” said Sam Lambson, vice president of interoperability at Cerner.

“It’s more and more common for patients to bring health data from their personal devices to health visits. Cerner is especially focused on efforts to incorporate that into its systems even outside of the new Apple program. One advantage of the Apple system is that it’s easy for doctors to use,” said Jessica Oveys, director of product management at Cerner.

“I think the key to it is certainly empowering and making the patient feel at the center and secure, and making it easy for them to share. But also, it’s really presenting the data in a way that’s actionable and relevant to the clinician,” she said. 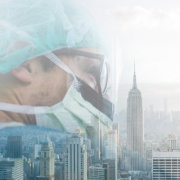