You are here: Home1 / Academy Awards 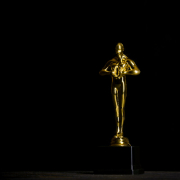 Will Smith’s Oscars slap of Chris Rock over a joke about Jada Pinkett Smith’s baldness has created a whirlwind of drama and controversy. However, it’s ironically just what the Academy Awards needed to shake off their underperforming telecasts.

END_OF_DOCUMENT_TOKEN_TO_BE_REPLACED

The brightest stars attending the 94th Academy Awards won’t just be those from the movies. The Academy of Motion Picture Arts and Sciences (AMPSA) announced Tuesday that Beyoncé, Billie Eilish, Reba McEntire, and Sebastián Yatra will be on hand to perform four out of the five original songs nominated for this year’s Oscars.

Beyoncé will perform “Be Alive” from the Will Smith-starring King Richard, which she wrote alongside Dixson. It’s just one of the numerous accolades for the single, while it’s also the first time the 28-time Grammy Award winner has been given an Oscar nod.

The 20-year-old Billie Eilish will perform “No Time To Die” from the James Bond film of the same name. Eilish penned the song with her brother, Finneas O’Connell. Like Beyonce, the siblings are first-time nominees.

Perhaps “No Time To Die” should be looked at as the favorite if one is to go on the past trend of Bond films eeking out award-winning singles. Adele’s “Skyfall” from Skyfall won the Academy Award for Best Original Song in 2012, while Sam Smith’s “Writing On The Wall” from Spectre won the Award in 2015.

Yatra will be singing “Dos Oruguitas” from the Disney animated movie Encanto. Unlike his competition above, Yatra didn’t write the lyrics or music – instead, that honor belongs to Hamilton star Lin-Manuel Miranda.

Miranda — who wrote the entirety of the soundtrack to Encanto — will be heading to the Oscars with a nomination for the second time. The first came back in 2016, with Moana’s “How Far I’ll Go.” Miranda is also attached to the Netflix musical drama tick, tick… BOOM!, of which he served as the director. The movie has two nominations, with Andrew Garfield vying for Best Leading Actor.

According to Deadline, Ecanto’s other popular (but not nominated) song, “We Don’t Talk About Bruno,” will also be performed, certainly as an attempt to boost ratings for a program that has seen significant decline in recent years.

McEntire is set to perform “Somehow You Do,” from Four Good Days. “Somehow You Do” was composed and written by Diane Warren, who has had an incredible 13 total Academy Award nominations for Best Song over her career. 2022 will be Warren’s fifth straight year with a nomination, and seventh in the last eight years.

The only nominated song that won’t be performed live is “Down To Joy” from Belfast, composed and written by two-time Grammy winner Van Morrison. The AMPSA announced that due to Morrison’s touring, he wasn’t able to attend the ceremony. It’s the 76-year-old Morrison’s first Oscars nomination.

Each of the songs’ movies look to make big splashes at the Awards. Belfast has seven nominations — which includes Original Screenplay, Directing (Kenneth Branagh), and Best Picture — while Encanto is nominated for both Animated Feature Film and Original Score. King Richard’s Smith is up for Best Leading Actor.

Regina Hall, Amy Schumer, and Wanda Sykes will be set to host the Oscars at the Dolby Theater, which premieres this Sunday, March 27, at 8 p.m. Eastern Time/5 p.m. Pacific Time on ABC.