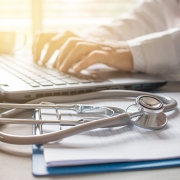 When patients in America need healthcare there can be panic if they do not have adequate provisions. While many Americans know that the cost of going to a medical provider can be expensive, many may not know the actual cost of each individual procedure. Whether you are going into hospital for a CT scan, or a C-section, the costs can be high.

However, this is not the case in other areas of the world, for instance a CT scan in the US can cost around $1,100 while in Holland the same procedure would cost you $140. A recent report from The Health Care Cost Institute has highlighted the difference between the prices being paid by private insurance throughout the United States, and the rest of the world.

According to the report, America is spending far more on almost every form of prescription drugs or medical procedures. Other rich countries usually pay at least half the cost for medical services of private insurers in America. Compared to the Netherlands, a country which is constantly rated as having one of the greatest health care services in the world, we are spending around four times as much as they do. For instance, procedures such as knee and hip replacements are only 25% of our costs.

However, there are some situations where the cost of a procedure can be nearly as much in the US, such as cataract surgery in New Zealand, or childbirth in the United Kingdom.

Prescription drugs are the same. Harvoni, a new cure for hepatitis C, costs 20% less in the Netherlands than it does in America. Arthritis drug Humira is another drug that is cheaper abroad, with patients in the United Arab Emirates only having to pay less than 50% to that of Americans.

While prices differed from country to country, anti-clotting agent, Factor VIII, was found to cost either half or less than the American price in each location surveyed. So why are Americans being charged so highly for medical services, procedures and prescription drugs? Unfortunately there does not seem to be a single answer.

While America is still the world’s richest country, it is also the home of the world’s most prominent bio-pharmaceutical industry and has the majority of the latest treatments, meaning patients from around the world head to our shores to receive medical attention.

While this could mean that our prices should be higher than anywhere else, there is also the issue of price regulation – or the lack of one.

More than half of Americans have private insurers who negotiate with drug companies and private providers to fix the costs of their products. Insurers do have some control, as they could refuse the drug company or the medical provider access to their patients, meaning they could get their prices reduced. Yet the prices are still far more restricted than many other nations.

It’s not just between countries that there is vast price differences, the costs can vary between states too, with CT scans costing between $250 and $1,500 depending on where you are in the country.

Even with these restrictions the US private insurance sector is still being charged ridiculously high prices.

While all medical provisions are a part of the private sector in America, there are many countries in the study that have a public sector too. For instance, the government in the United Kingdom employs doctors, nurses and other medical employees as well as owning the majority of the hospitals and doctors’ surgeries. Other countries, including Australia, have universal public insurance programs.

There are some countries that have privatized insurance schemes, such as the Netherlands, however they continue to enforce government controls on their prices – more than we do here. A common factor in single payer systems is the utilization of global budgets, meaning the costs the insurers will pay each year is capped once they know the cost of their customers medical requirements.

While the limit on health care spending for the year ahead is firm, payers and providers discuss the costs for each individual service. In America there is a more open-ended approach which creates the costs based on the level of medical care that is provided throughout the year. With America having such extortionate prices the industry has around $3.5 trillion invested which means that if prices are negotiated down – either through price setting, global budgets or some of the many other ways available – the health care providers see a decrease in their income.

This means that issues such as an unexpected out-of-network medical bill that some patients receive would be hard to control, due to the reduction in payments to providers.

America would do well to get our health care spending under control but the challenge would be a large undertaking that not many government administrations would want to tackle.

During a brief formal address conducted yesterday morning, Speaker of the House Nancy Pelosi publicly announced that she had asked members of Congress to begin drafting articles of impeachment, removing virtually all doubt that President Trump will become the third president in American history to be impeached. As such, yesterday was an important day in American history, as presidential impeachment is a constitutional provision meant to be employed only in the most dire of circumstances.

Accordingly, Pelosi took the occasion to urge members of Congress and the American public to treat the proceedings soberly, somberly, and prayerfully, emphasizing that she considers the impeachment of an American president to be a sad and serious thing. Pelosi considers this impeachment as having nothing to do with politics and everything to do with the Constitution, saying that members of Congress have an obligation to proceed with it even if it might hurt Democrats’ chances of reelection next year. According to Pelosi, impeachment is now a necessary step for members of Congress to honor their oath of office to defend the Constitution of the United States against all enemies, foreign and domestic.

Later that day, Pelosi held a press conference during which she fielded questions about impeachment as well as questions about legislation, including a bill designed to lower the cost of prescription drugs. While most of the conference was relatively standard, involving questions that Pelosi had already answered in other contexts, a notable interaction transpired just as Pelosi was preparing to end the event. As she left the podium, a reporter asked Pelosi whether she hates the President, prompting an angry rebuke from the Speaker. “I don’t hate anybody,” she said, returning to the podium. “This is about the Constitution of the United States and the facts that lead to the president’s violation of his oath of office. And as a Catholic, I resent your using the word ‘hate’ in a sentence that addresses me. I don’t hate anyone… So don’t mess with me when it comes to words like that.”

The moment, involving an unusual display of strong emotion from the Speaker, highlighted the atmosphere of tension surrounding congressional proceedings during a time when the ideological and partisan divide that characterizes American politics has perhaps never been so wide. Shortly afterwards, the hashtag #DontMessWithNancy trended on Twitter, and while some commentators on the right criticized the Speaker for her passionate answer, others praised Pelosi for her response to a question that was characterized as accusatory and unfair.

Last night, Pelosi participated in a town hall event hosted by CNN during which she answered questions from the audience and from CNN reporter Jake Tapper. Predictably, most of the questions concerned impeachment, though at one point Pelosi requested that the audience ask about other topics. In response to a question about how she wanted to be remembered for her role in the impeachment process, Pelosi replied that she did not want to be remembered for impeachment but instead for her role in passing legislation like the Affordable Care Act which had a positive effect on people’s lives. That being said, Pelosi explained that she hoped people would understand that she is not happy about impeaching Trump, but that his actions left her with no choice, as she believes that the president had directly violated his oath of office and that American democracy is in jeopardy as a result. Forebodingly, she warned that “civilization as we know it is at stake” in the 2020 election.

Pelosi had long resisted the idea of impeaching Trump, despite immense pressure from within her own party to hold the president accountable for obstruction of justice offenses as outlined in the Mueller Report. She considers impeachment to be a constitutional remedy to be employed only in the most dire of circumstances, and had nine months ago expressed that President Trump was “just not worth it.” Indeed, Pelosi is no stranger to pressure from Democrats to impeach a president, as calls for impeachment were made during the Bush administration in the aftermath of the invasion of Iraq despite the lack of good evidence that weapons of mass destruction existed in the country. During this episode, while Pelosi understood clearly that insufficient intelligence existed to justify invading Iraq, she did not consider impeaching Bush for it, as she thought that this was not a matter that involved violations of the Constitution.

Pelosi, however, articulated the circumstances that led her to change her mind by quoting Thomas Paine, who during the American Revolution opined that “the times have found us.” While Pelosi may not wish to be remembered for impeachment, given the import of the present moment, it is likely that historians will consider the reluctant choice to impeach the most important decision of her career and indeed among the most important decisions made in American history.