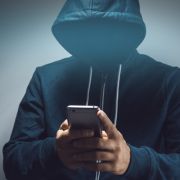 Law enforcement agencies announced this week that hundreds of criminal gangs around the world have been divulging plans to move large drug shipments and carry out killings on a messaging app that was secretly being run by the FBI. The agency said that this was a “global sting operation that dealt an unprecedented blow to organized crime in countries around the world.”

The mission itself was known as operation Trojan Shield and led police to gangs in 16 nations. Over 800 suspects have now been arrested and over 32 tons of drugs were seized; including cannabis, cocaine, amphetamines, and methamphetamines. Additionally, 250 firearms, 55 luxury cars, and more than $148 million in cash and cryptocurrency were seized.

The operation initially started when law enforcement shut down EncroChat and Sky ECC, two encrypted platforms that were known for being used by criminals to communicate without worry of outside interference.

After these lines of communication were cut, the FBI developed their own covert app called ANOM that was installed onto modified phones. Over the past 18 months the FBI has been secretly providing phones using an unsuspecting middleman that infiltrated over 300 gangs operating in more than 100 countries.

Calvin Shivers, assistant director of the FBI’s Criminal Investigation Division, spoke at a news conference this week about the major operation.

“Intelligence gathered and analyzed using this app enabled us to prevent murders. It led to the seizure of weapons and it helped prevent a number of crimes. The operation dealt with an unprecedented blow to criminal networks worldwide.”

“There was a void that was created by a lack of these encrypted platforms. So that created an opportunity for collaboration with our international partners, to not only develop the specific tool but also to develop the process of gathering the intelligence and disseminating the intelligence,” Shivers explained.

“The ANOM app became popular in criminal circles as users told one another it was safe. Meanwhile, the police were looking over their shoulders the whole time.”

According to a statement from Linda Staaf, the head of Sweden’s national criminal intelligence unit, “Swedish police prevented dozens of planned killings and have arrested what we believe to be leading actors in criminal networks.”

Finnish police reported that they have detained about 100 people and more than half a ton of confiscated drugs, along with hundreds of illegally owned guns and cash. German prosecutors reported more than 70 arrests in connection to the sting.

Australian Prime Minister Scott Morrison told reporters the nation’s authorities “arrested 224 people and seized more than four tons of drugs and $35 million. Today, the Australian government, as part of a global operation, has struck a heavy blow against organized crime. Not just in this country, but one that will echo around organized crime around the world.”

“The success of Operation Trojan Shield is a result of tremendous innovation, dedication and unprecedented international collaboration. And the results are staggering,” Shivers proclaimed.