You are here: Home1 / artist rights 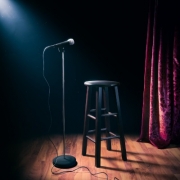 Fraser typically lives in London and was preparing for a huge festival tour that was meant to begin in Australia this past March and end at the Edinburgh Fringe Festival in August, however, due to public health concerns the events/tour has been cancelled.