You are here: Home1 / Sinister 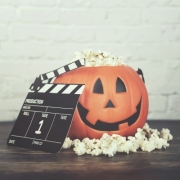 Halloween is the perfect time of year to embrace your inner scary movie lover. When it comes to the scariest movie we’ve ever seen, it’s safe to say we all likely have different answers; as that’s a subjective question. However, what if there was a study that could scientifically measure how scary movies are based on physical and emotional reaction?

Luckily, the company broadbandchoices had the same exact curiosities, and decided to perform a study so they could finally get to the bottom of what the scariest movie ever created was. The platform called the study the “Science of Scare Project,” during which they tracked the reactions of 50 people of various ages as they watched over 100 hours of scary movies.

Beyond just observing emotional reactions to what the participants were viewing on screen, researchers also monitored the volunteers’ heart rates to really gage how their bodies were reacting to the movies as well. By the end of the study the company created a list of what they scientifically believe to be the 35 scariest movies ever made.

It’s important to note that with a study like this obviously there’s a lot of determining factors that could skew the results. Observing 50 individuals isn’t typically a large enough sample size to get a concrete conclusion, however, in terms of entertainment and “being scared,” the smaller sample size didn’t really matter.

When participants arrived for the study, they would be fitted to a heart rate monitor to measure how much their heart rates would increase above their resting heart rate throughout the 100 hours of film. All of the data was averaged for each film, and by the end one movie came out superior based on those results. Daniel Clifford, who created the study, recently spoke with the media about the results.

“With more people than ever facing a Halloween at home, our Science of Scare study was designed to help people find the most scientifically scary films ever made, to save them the time of searching through thousands of titles across streaming services.”

According to the heart rates of all the participants, the movie that scared everyone the most was Sinister, the 2012 psychological horror/thriller movie starring Ethan Hawke as a true crime writer who investigates a gruesome string of family murders.

The average resting heart rate of each participant was around 65 beats per minute (BPM). During Sinister, however, the average heart rate rose to 86 BPM; a 32% increase. That marked the highest rise in BPM of any movie watched throughout the 100 hours. Obviously the study wasn’t able to show every single horror movie out there, however, 100 hours allowed the researchers to show enough movies that hit all the major horror categories (slasher, paranormal, psychological, etc.).

Other results showed that the biggest jump scare came from the movie Insidious, which had a scene in it that caused heart rates to jump all the way up to 133 BPM. Insidious overall was rated second right behind Sinister in terms of overall scariness. The remaining eight movies that filled up the top ten scariest movies of all time were, in this order,  The Conjuring, Hereditary, Paranormal Activity, It Follows, The Conjuring 2, The Babadook, The Descent and The Visit.