You are here: Home1 / smuggling 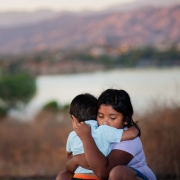 China and the United States clearly never see eye to eye. However, this week, the two countries worked together to make a big arrest involving a massive fentanyl smuggling ring between America and China. This Thursday, Chinese authorities sentenced one man to death and imprisoned eight others for trafficking fentanyl into the United States (NBC). Initially, the joint effort was in response to President Donald Trump’s public criticism and call to action directed at China to adopt stricter policies regarding drug trafficking, especially when it comes to fentanyl which is responsible for tens of thousands of deaths in the U.S. every year.

“The case started with an arrest in New Orleans in August 2017 that revealed information about a woman in China, known as ‘Diana’, who sold narcotics online and shipped orders to the U.S. That information was passed on by American officials to drug investigators in China, who spent months uncovering a sprawling network of fentanyl labs, producers and dealers,” according to Janis Frayer for NBC.

When a major wire transfer was made to “Diana” this week, authorities had all the information they needed to make a move. The raids made in response to the wire transfer lead to the nine arrests, and brought in over 26 pounds of fentanyl, along with other opioids and records that helped authorities track areas in the United States that the drugs were being trafficked to. More than 50 U.S. residents names and addresses were seized from the “Diana Organization’s” records which lead to three major arrests in the U.S., and 25 new cases to be opened here in America (NBC).

Tensions between China and the United States have been especially on the rise within the past few months as we are currently in the midst of a massive trade war with the country. Because of this, this collaborative effort between both countries authoritative forces is being eagerly showcased in the media, and rightfully so. America has often criticized China on their laid back approach to drug trafficking and has labeled them as “complacent” so when these arrests were made China made sure that Americans knew how big of a deal it was.

So much so that during the court proceedings this week, China invited groups of journalists to come and cover the hearings to ensure that the news would spread quickly and efficiently as the charges were made. Journalists were also invited to attend a news conference covering the case both before and after the hearings, China provided police escorts for all the journalists to and from the conference and court to show that they were serious and organized about this accomplishment. The case was being presented at a court in Xingtai, which is about 220 miles from Beijing.

According to NBC’s coverage of the event, the nine defendants were made up of five men and four women, all of which were seated in the courtroom during the entire proceedings, but none were allowed to speak. There were three presiding judges, one of which was responsible for reading out all the details of the case, the charges that were being made for each individual, and what their sentences would be. The leader of the entire smuggling ring was sentenced to death after he serves a two year sentence, his charge was “leading a conspiracy to defy Chinese laws to manufacture and smuggle the drug of fentanyl to the United States.”

Due to the success of this collaborative effort, there are now two more ongoing joint fentanyl investigations occurring between the United States and Chinese authorities. This effort could help bring down some of the biggest international drug trafficking rings.