You are here: Home1 / actress 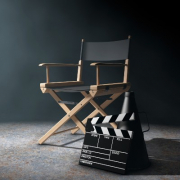 Cicely Tyson is best known for being one of the biggest pioneers for Black actors in America thanks to her powerful performances throughout the past few decades. She gained an Oscar nomination for her role as the sharecroppers wife in “Sounder” and went on to win a Tony Award in 2013 at the age of 88. Unfortunately, it was announced by Tyson’s family this morning that the Hollywood legend passed away on Thursday at the age of 96.

“With a heavy heart, the family of Miss Cicely Tyson announces her peaceful transition this afternoon. At this time please allow the family their privacy,” according to a statement issued through her manager Larry Thompson.

Tyson began her on-screen career back in the early 70s when Black women were first starting to receive starring roles in feature films or TV shows. Tyson was always very adamant about how she would never take a role simply for the money.

“I’m very selective as I’ve been my whole career about what I do. Unfortunately, I’m not the kind of person who works only for money.It has to have some real substance for me to do it.”

“She took pride in knowing that whenever her face was on camera, she would be playing a character who was a human being — flawed but resilient; perfect not despite but because of their imperfections,” wrote former President Barack Obama in a tribute post to Tyson; Obama also awarded Tyson the Medal of Freedom back in 2016.

Tyson won two Emmys for playing the 110-year-old former slave in the 1974 television drama “The Autobiography of Miss Jane Pittman.” The younger generation was introduced to Tyson’s legendary acting skills in the 2011 hit movie “The Help.” In 2018 she was given an honorary Oscar statuette at the annual Governors Awards.

One of the most famous roles that Tyson is known for is her performance as the Depression-era loving wife of a sharecropper in the movie “Sounder,” based on the William Hunter novel. Her performance in the film evoked amazing reviews. The New York Times wrote that Tyson “passes all of her easy beauty by to give us, at long last, some sense of the profound beauty of millions of Black women.”

In 2013 when she was 88, Tyson won the Tony for best leading actress in a play for the revival of Horton Foote’s “The Trip to Bountiful.” That performance was Tysons first time back on Broadway in thirty years. In her acceptance speech she famously refused to finish up her acceptance speech when the teleprompter told her to.”

“‘Please wrap it up,; it says. Well, that’s exactly what you did with me: You wrapped me up in your arms after 30 years.”

Tyson’s legendary impact in Hollywood helped pave the way for countless other Black actors to speak up for themselves and only take roles that they felt emotionally fulfilling, not just to make some money and be seen as a background character.