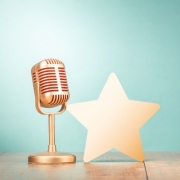 The 2021 American Music Awards announced that they won’t have controversial country artist Morgan Wallen appearing at this year’s show. Wallen is nominated for “Favorite Male Country Artist” and “Favorite Country Album” at the AMAs this year.

Show producer MRC Live & Alternative posted Wallen’s name on its nomination release with a side note explaining the decision to have Wallen nominated despite the fact that he’s not being invited to the event over his racist comments made in a video posted in February.

The show producers statement read, “American Music Awards (AMA) nominees are determined by performance on the Billboard Charts and are not chosen by a voting committee or membership organization.”

“Morgan Wallen is a nominee this year based on charting. As his conduct does not align with our core values, we will not be including him on the show in any capacity (performing, presenting, accepting),” the statement continued.

“We plan to evaluate Wallen’s progress in doing meaningful work as an ally to the Black community and will consider his participation in future shows.”

Wallen has already been banned from various award shows and radio stations in wake of the February 2021 video which shows Wallen using a racial slur.

After a few months Wallen went on an “apology tour” which included working with several Black organizations about his mistake and the harmful impact it has. Wallen has since been reinstated to his record label after a hiatus of several months as well.

On July 23, Wallen publicly spoke of his racial comment on Good Morning America, saying that “[he] was around some of [his] friends, and [they] say dumb stuff together” and said that “he was wrong” to express those words.

The 2019 American Music Awards will be honoring Taylor Swift as the “Artist of the Decade.” The prestigious award was announced by Dick Clark Productions and ABC Studios this past week according to Forbes Magazine. Swift recently celebrated the 13th anniversary of her first album and the start of her long and successful career. With both of these major accomplishments occurring within the same week, Swift is truly having an Artist of the Decade moment.

Mark Bracco, Dick Clark Productions’ Executive Vice President of Programming and Development, released the following public statement along with the Artist of the Decade announcement this past Wednesday, October 30th:

“Taylor’s impact on music this decade is undeniable and her performances on the American Music Awards have been truly spectacular. We’re thrilled to honor her as our Artist of the Decade and can’t wait for her to blow everyone away with an epic, career-spanning performance unlike any other!”

This year Swift is nominated for five American Music Awards for her seventh studio album Lover. The album has been one of Swift’s most well-received projects and is the first album she wrote and recorded under her own control and management. Swift made recent controversial headlines when Scooter Braun, manager to artists like Justin Bieber and Ariana Grande, acquired the master recordings of her first six albums. Since then Swift has announced plans to re-record her entire discography to regain creative control over her own work.

CBS reported that this year, her album Lover has earned her nominations for favorite female artist, favorite adult contemporary artist, and artist of the year. The album itself is nominated for favorite pop/rock album and her music video for her second single “You Need To Calm Down” is nominated for favorite music video.  Swift is up against some serious competition including other artists who had successful years such as Ariana Grande, Billie Eilish, Halsey and Lil Nas X. However, Swift is the most decorated American Music Award female recipient in history, already claiming a total of 23 awards, and with the already secured Artist of the Decade title, I doubt she’s nervous. Michael Jackson currently holds the record for the artist with the most American Music Awards, however, Swift is only two away from beating his record, something she could accomplish this time around.

Besides her first self titled Taylor Swift album released in 2006, every single one of her albums has scored the number one spot on the Billboard top 200 for albums; Fearless, 1989, Red, Speak Now, reputation and Lover. The singer-songwriter has also earned five No. 1 hit singles on the Billboard Hot 100 with her popular singles “Shake It Off,” “Blank Space,” “Bad Blood”, “We Are Never Ever Getting Back Together” and “Look What You Made Me Do” (Forbes).

According to Billboard, Swift is the first person to receive this award since the 2000 American Music Awards where Garth Brooks was given the prestigious title for the 90’s. That same show also included fan-voted Artist’s of the Decade for the ’50s (Elvis Presley), the ’60s (the Beatles), the ’70s (Stevie Wonder) and the ’80s (Michael Jackson). This year the American Music Awards will be taking place at the Microsoft Theater in Los Angeles on November 24th on ABC.