You are here: Home1 / antidepressants 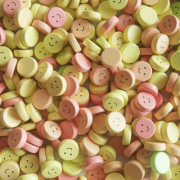 According to a new study, while antidepressants are the main solution for treating depression, their use may not be that effective long-term. The study showed that depressed individuals who aren’t medicated, but in a stable and consistent therapy program have been able to have a greater quality of life in the long run when it comes to their mental health.

Lead pharmacoepidemiologist for the study Omar Almohammed, emphasized that the point of the study is not to deter individuals from using antidepressants, as these drugs do save lives, but instead bring light to the fact that many people who do take them think that it’ll be enough to combat their depression, when that’s not the case for a lot of people.

“For some, these meds do little to relieve depression and can have unwanted side effects such as weight gain, insomnia, loss of sex drive, and even withdrawal-like symptoms if they are stopped abruptly.”

“Improving people’s overall wellbeing, especially their quality of life, for years and not just a few short months, is the ultimate goal of therapy. However, whether antidepressants help achieve this goal is questionable, to say the least.” Almohammed and colleagues wrote.

Antidepressants in general have a history of being either unreliable or ineffective. This is partially due to the fact that the pharmaceutical industry has long suppressed piles of trial data that prove some antidepressants can be ineffective.

The study took data from the US Medical Expenditures Panel Survey, a nationwide study that tracks which health services are used by Americans. The researchers found that antidepressants leave many people “desperate” for better treatments, specifically, between 2005 and 2016, roughly 17 million adults were diagnosed with depression each year.

The analysis found that while antidepressant use was associated with some improvements in the immediate mental health of these individuals, the physical aspects of their quality of life tended to diminish.

About two-thirds of the individuals researched throughout the 11-year dataset were women, which also reflects the gender-disparities that exist in the mental health industry. Nearly 60% of the women in the data were treated with antidepressants.

“People tended to report that their psychological distress and well being improved with antidepressants, but their physical health problems, bodily pain, and lack of vitality often remained.”

“Doctors and health professionals should consider looping people into psychotherapy or social support sessions before resorting to or when prescribing antidepressants mainly since there was no persisting impact for these medications on people’s quality of life,” the team writes.

Again, the authors of the study emphasized that antidepressants shouldn’t be distributed, but instead clinicians should be rethinking the best way to help their clients through therapy and other programs in addition to, or in lieu of, antidepressants.

“Pairing antidepressants with support from a psychotherapist seems key to improving people’s quality of life, more so than the drugs or talking therapy alone.”

“Although we still need our patients with depression to continue using their antidepressant medications, long-term studies evaluating the actual impact for pharmacological and non-pharmacological interventions on these patients’ quality of life are needed,” the team concluded.