You are here: Home1 / authority 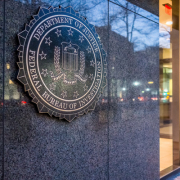 Between the the first complaints made to the FBI regarding Larry Nassar’s horrific abuse and the time it actually took for the agency to take action against him, Nassar was able to sexually abuse about 70 girls.

END_OF_DOCUMENT_TOKEN_TO_BE_REPLACED 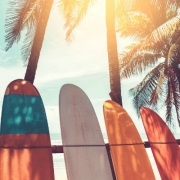 Tourists have long been stereotyped as people who are rude, entitled, and cause trouble by failing to observe local customs and norms. While many tourists are respectful and responsible while travelling, this stereotype is unfortunately true for some, as anyone who lives in a heavily-touristed area can attest. The bad behavior of tourists in Hawaii has become enough of a problem that the Hawaii Tourism Authority has created a project designed to teach tourists about the appropriate way to behave on the island. The project, called the Kuleana Campaign, which translates to “responsibility” in Hawaiian, involves a collection of videos featuring interviews with inhabitants of the island who share their thoughts about the best way for visitors to behave.

The videos, which are just a few minutes in length, will be played on television screens in airports as well as on tourists’ social media feeds, taking advantage of geo-tracking technology that recognizes when people arrive to the island. The videos cover topics like ocean safety, ocean conservation, culture, and land safety. Rather than criticising tourists ignorant of rules and customs, the videos take a welcoming approach, and focus on explaining why the relevant rules and customs are present to help tourists understand their importance. The videos are available in a variety of languages, including English, Japanese, and Korean, reflecting the diversity of countries of origin of the state’s visitors.

The project was funded by a state tax called the Transient Accomodation Tax, which is a tax placed on rental units like hotels and timeshare vacation homes in the state and is meant to fund programs that improve the quality of life for residents in areas affected by tourism. The project is specifically targeted at reducing behaviors that locals find the most problematic, which includes leaving the trail while hiking to explore the woods, which can lead to erosion and cause unsafe conditions. Additionally, tourists in Hawaii have been known to hike on private property, leading to annoyance from landowners and possible legal action against vacationers.

The videos are artfully shot, and are meant to showcase the natural beauty of the island so as to demonstrate the importance of taking care of and respectfully appreciating the environment. As they come from all over the world, visitors to Hawaii may simply lack the knowledge of what constitutes appropriate behavior when visiting the state. As such, the project’s directors take the position that people are mainly good and want to do the right thing, and will be self-motivated to follow instructions when they understand the justifications for doing so.

One video, entitled “Ocean Safety,” encourages visitors to be mindful of the dangers in their environment when swimming in the ocean, as dangers such as rip currents and rocks aren’t always obvious, particularly for people who aren’t experienced with navigating natural bodies of water. In a similar vein, a video entitled “Ocean Conservation” teaches tourists about “travel pono,” which is defined as travelling in a way that is positive for the thousands of miles of ocean surrounding the island. The video specifically highlights the problem of microplastics, which collect in the ocean from disposable water bottles and other plastic items, and of sunscreen which contains chemicals that can harm the ocean’s reefs.

“Land Safety,” in addition to urging travellers to stay on trails, also advises them to wear appropriate footwear and clothing and to “take only pictures and leave only footprints.” And “Culture” stresses the importance of asking permission before entering a privately-owned place and having a general attitude of respect towards the native inhabitants whose home vacationers are visiting.

The videos can be viewed on the official Go Hawaii Youtube channel, alongside videos documenting tourist attractions on the island as well as local beliefs and activities. More information about travelling to Hawaii can be found on the state’s official website for tourists, gohawaii.com.