You are here: Home1 / alcohol consumption 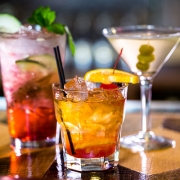 With many of us struggling to get to the end of one of the many health kicks that appear in January, we may be starting to wonder whether what we are doing is really necessary. Alongside Veganuary there is also Dry January, a movement that has seen many around the world opt to abstain from alcohol for 31 days in an attempt to get healthier.

But do we as a nation have an issue with alcohol? The answer apparently is yes. It has recently been announced that Americans are consuming more alcohol than during Prohibition, and with the trend for drinking increasing steadily over the last twenty years, is there really an option for the trend to stop?

Federal health statistics has shown an increase in per-capita alcohol consumption, and has seen a shocking increase in the number of hospitalizations, emergency room visits, and even deaths that are linked to drinking.

However, there has been some good news. Teenagers are drinking less than before, a sign that they may be witnessing the destruction that alcohol can cause. The influence of social media has also been cited as a reason for the decline. However, public health experts are still concerned over the drinking problem that is on-going.

Dr Tim Naimi, an alcohol researcher at Boston University confirmed that “consumption has been going up. Harms [from alcohol] have been going up. And there’s not been a policy response to match it.”

Before Prohibition was implemented in 1920, the average American adult – and teenager – was drinking around two gallons of alcohol each year. However nowadays the figure is nearer 2.3 gallons, equating to around 500 drinks – or nine drinks a week.

However historians have confirmed that America’s biggest drinking problem was during the early 1800’s with 1830 reaching a peak of nearly seven gallons of alcohol being consumed by the average American.

With such a large alcohol problem the temperance movement campaigned for moderation on alcohol, followed by abstinence and eventually called for the national ban, which was passed in 1919. Prohibition commenced on January 17th 1920 and continued for a further 13 years until it was ended under President Franklin D. Roosevelt’s administration.

Prohibition clearly had an affect on the nation’s drinking habits as following the lifting of the ban the per-capita alcohol consumption was at nearly one gallon, however, the figures have fluctuated ever since. The 1970’s and 1980’s saw an increase to 2.75 gallons, although some have blamed this increase on the recession that was affecting the majority of the developed world at the time.

The mid-1980’s saw attention being focused on the increase in deaths due to drink driving and Congress increased the drinking age from 18 to 21, leading to a fall in alcohol consumption, however it increased again around the mid-1990’s.

As well as the damage to the bank balance, excessive drinking has many significant health problems including high blood pressure, stroke, liver damage, liver cancer and heart disease. Alcohol is discouraged during pregnancy as it could lead to birth defects, stillbirth or miscarriage. It has also been confirmed that alcohol is responsible for around 30-35% of injuries within the elderly generation.

Alcohol can also be a danger to those around us,  as fighting is way more likely to occur due to a higher level of alcohol in our systems. Domestic violence can also be alcohol fueled and of course, there can be damaging results from drink driving.

The Centers for Disease Control and Prevention have confirmed that over 88,000 Americans die annually due to excessive drinking, a figure that is higher than those who have died during the recent opioid drug epidemic.

With the number of deaths relating to alcohol issues doubling since 1999 it has been suggested that there are links with the growing overdose epidemic as many drug users drink alcohol at the same time.

Although nearly 75% of those that had alcohol related deaths were male, there has been a significant increase in the amount of alcohol women are now drinking, a fact that has been put down to the increase in binge drinking, where you consume around four or five drinks within two hours.

Aaron White, lead researcher on a recent study by the National Institute on Alcohol Abuse and Alcoholism, confirmed that the study – which saw researchers scan death certificates from the last two years looking for those mentioning alcohol problems -had seen the amount of women dying from drinking related causes had increased by 85%. Although the highest age range were those between 55 and 74 it also discovered the number of younger women dying was increasing.

There has also been a change in our attitude towards drinking with many memes ‘promoting’ wine as ‘mommy juice’. And of course, we have all heard of ‘wine o’clock’. 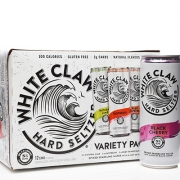 Domestically brewed beer and wine have dominated the United States’ list for most popular beverages for many years now, however, it’s seeming as though spiked seltzer is the new kid on the block, and they’re ready to take that title.

Americans are now reaching for more spirit-based, ready-to-drink cocktails over traditional dinner time beverages. Hard seltzers, or spiked seltzers, have been quite trendy since they first hit the market. People want their drinks to be as healthy as an alcoholic beverage possibly can be, and with zero calories, no sugar, no gluten, and a decent ABV percentage, most individuals are realizing you can’t go wrong with a six pack of White Claws.

New reports also prove that hard seltzers and spirits in general are on the rise in terms of sales and popularity, while beer and wine are being kicked to the curb, more often than not. Beer sales in the US have declined 2.3% within the past year, making 2019 the fourth year in a row that the beer industry has seen a decrease in overall revenue sales.

More specifically, domesticated beer brands, such as Corona or Budweiser, have experienced a 3.1% decrease in sales, while on the other end craft beer sales have increased 4.1% and non-alcoholic beer sales increased 6.6%. Craft beer has become widely popular within the past few years, as the means of making and distributing it are a lot more sustainable compared to domestic beer. However, craft beer clearly isn’t the only new drink on the rise.

“The biggest growth across booze was in the ready-to-drink category. Sales surged 50% last year, buoyed by the apparently unquenchable thirst for spiked seltzers such as White Claw, Truly and Bon & Viv. It’s now an $8 billion industry, with sales expected to triple within the next three years,” according to reports from the International Wine and Spirits Record (IWSR).

So what’s changing in the industry that’s causing this shift in popularity? When it comes to wine sales, it’s about the expense, but not in the way you might be imagining. Wine sales from the past few years have shown that consumers in the US are paying more for premium wine and beer products over the cheaper alternatives of both beverages. ISWR found that, in general, bottles of wine that exceeded $11 were performing well over their cheaper counterparts.

This evidence can be used to explain the spike in spiked seltzer sales, pun intended. Instead of paying less for average beer with less ABV and more calories, Americans would rather shell out the money for more alcohol, lighter taste, and healthier ingredients.

Spirits in general, as previously mentioned, have also risen in popularity and like wine, the more expensive the brand, the more success it saw. Smirnoff vodka has been the number one choice in America for a few years, however, this year Tito’s Homemade Vodka, which is about $10 more than Smirnoff for a handle, has taken its place. Tito’s alone has seen a 20% increase in sales in 2019.

To keep up with consumers’ new demands, brands like Budweiser and Natural Light are creating their own hard seltzer beverages, but the key will be in how they advertise. As of this year, White Claw has grown to be the staple seltzer brand, and will likely continue to thrive. Additionally, the beer industry will likely see a continued increase, to combat this year’s decrease, in sales, as now a lot of major beer brands own some of the most popular hard seltzer brands. For example, Truly is owned by Sam Adams, Anheuser-Busch owns popular beer brands like Bud Light and also Bon and Viv seltzers, along with their newest creations, Bud Light Seltzers.

Hard seltzers are clearly not going anywhere anytime soon. As long as there’s a market of individuals who enjoy light ready-to-drink cocktails, the sales will continue to increase, and it’ll be up to everyone else to keep up.