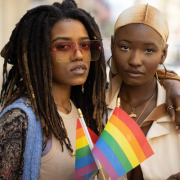 Uganda’s government this week decided to shut down operations of Sexual Minorities Uganda (SMUG), a non-governmental organization that works on improving LGBT+ rights in the nation. The government released a statement in which they explained that the group was operating illegally in the country.

Members of SMUG responded by calling the move a “witch hunt” against the LGBT+ community.

Uganda’s National Bureau for Non-Governmental Organizations (NGO Bureau) said Friday the “group operated without being registered in the NGO Bureau.” The group initially tried to register in 2012, but was rejected “on grounds of being undesirable.”

SMUG members released a statement this past Friday stating that the choice to shut down the group’s operations was a “clear witch-hunt rooted in systematic homophobia that is fueled by anti-gay and anti-gender movements.”

“The refusal to legalize SMUG’s operation that seeks to protect LGBTQ people who continue to face major discrimination in Uganda, actively encouraged by political and religious leaders, was a clear indicator that the government of Uganda and its agencies are adamant and treating Ugandan gender and sexual minorities as second-class citizens,” the group stated.

“The government should uphold their obligations to protect all Ugandans regardless of their sexual orientation, gender identity, expression, and sex characteristics.”

Uganda is no stranger to anti-LGBT+ policies and laws. In 2009 the nation introduced an anti-homoseuality bill that included a death sentence for gay sex. Lawmakers in the country passed another bill in 2014 that replaced the death penalty punishment with a proposal for life in prison.

That law was ultimately struck down, but lawmakers have attempted to reintroduce it in more recent years.