You are here: Home1 / argentina 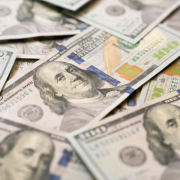 The US dollar has been moving upwards in value when compared to international currency, such as the Euro and British pound, which are typically much stronger than the US dollar, making travel much cheaper for Americans.

END_OF_DOCUMENT_TOKEN_TO_BE_REPLACED 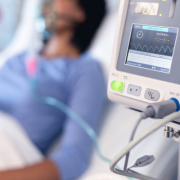 An unknown form of pneumonia has been found in Argentina and killed three people and sickened at least six other individuals.

The individuals who have come down with the new illness have been tested for other pneumonia-causing bugs, including COVID-19 and have all come back as negative.

All the most recent cases have been reported right around the small region of Tucumán, roughly 800 miles from the capital of Buenos Aires.

Reports from Ministry of Public Health of Tucmán Province stated that the first six cases all had similar symptoms including fevers, muscle pain, abdominal pain and had difficulty breathing.

“What these patients have in common is the severe respiratory condition with bilateral pneumonia and compromise in [Z-ray] images very similar to COVID, but that is ruled out,” said Tucmán health minister Luis Medina Ruiz.

The European Centre for Disease Control’s epidemic intelligence team has been looking at and monitoring the rising cases since Tuesday and scientists at the World Health Organization started tracking as well.

Since Tucmán is the only place known to be the origin of the infection, local officials have also been testing the water and air conditioning units to see if there are any factors there as well.

Currently there has been no proof that this mysterious pneumonia has been contagious from person-to-person transmission.

Professor Paul Hunter, a professor in medicine at the University of East Anglia, told the BBC in an interview that it is pretty impossible at this stage to say what the impact of the disease might since it is still so new.

“These things happen from time to time. Often they just fizzle out, but not always. Sometimes they cause a substantial local outbreak or something even bigger,” said Hunter.

He hopes that within the next few days that the experts who are working on the new disease will have even more answers due to the rapid speed that the tests can give results too.

Dr. Ruiz has also stated that given the current situation, it would be hard to predict an origin with it only being 11 days since the first case was announced.

Moreover, every person who has come in contact with the disease has has a difference response with the outbreak.

There is nothing that health officials can do at this point besides wait only because there is still many unknowns that are linked to the disease. 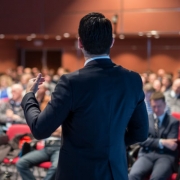 Just days after leading the largest climate protest in history and testifying before Congress about climate change, 16-year old activist Greta Thunberg delivered an impassioned, angry, and scathing speech directed at world leaders at the UN today. Thunberg, whose home country is Sweden, has captured the imagination of American youth for her emissions-free voyage by boat to the US, her outsider’s view of American society, which she observes as being characterized by excessive waste and denial of climate change, and for her blunt, impolite, and unapologetic manner of speaking. Despite her sudden rise in popularity and widespread admiration, Thunberg has urged adults not to celebrate her, instead shifting the focus towards the problem that has animated her protests. As her written testimony for Congress, Thunberg submitted the 2018 global warming report from the Intergovernmental Panel on Climate Change, saying “I don’t want you to listen to me. I want you to listen to the scientists.”

Last night, Thunberg in cooperation with a team of activists, projected a message onto the side of the U.N. building in 30 languages in advance of today’s summit. The message, signed with Thunberg’s name, insisted that for the sake of humanity global economic and political systems would have to undergo rapid and drastic change, urging leaders to “wake up” and saying that “everything needs to change and it has to start today.”

Although she has drawn criticism from people who have claimed she is naive, Thunberg readily admits she is not an expert in climate science, but insists that scientists ought to be listened to, and that world leaders have failed to heed their warnings. During her speech today, Thunberg was unapologetic, as she excoriated world leaders for their failure to act and essentially accused them of robbing her and her generation of their future. “How dare you,” Thunberg said, seemingly fighting back tears, “you have stolen my dreams and my childhood with your empty words, and yet I’m one of the lucky ones. People are suffering. People are dying. Entire ecosystems are collapsing.”

Thunberg warned that the consequences of continuing not to act would be remembered by her generation and generations to come.

In addition to castigating world leaders for their inaction on what she understands to be an urgent matter, Thunberg warned that the consequences of continuing not to act would be remembered by her generation and generations to come. “You are failing us, but young people are starting to understand your betrayal,” she said. “And if you choose to fail us, I say: We will never forgive you.” Thunberg also described the goals set by nearly every country in the world to reduce their carbon emissions as inadequate, noting that even if countries reach the targets set at the Paris Climate Accords, there is only a 50% chance that global warming will not exceed 1.5 degrees celsius. Also, Thunberg chided current strategies for dealing with climate change for relying on her generation to invent and deploy technologies to remove carbon from the atmosphere, essentially leaving them with the burden of cleaning up their mess.

Alongside her emotional speech, which Thunberg delivered next to a panel of climate change experts, she and 15 other child plaintiffs filed a legal complaint against five countries, alleging that they violated a treaty protecting the rights of children by knowingly contributing to climate change. The complaint is addressed to Germany, Brazil, France, Argentina, and Turkey, five countries that have signed the Convention on the Rights of the Child, and asserts that these countries had an obligation to “prevent the deadly and foreseeable consequences” of climate change, and have long had the opportunity to do so but chose not to. On her Twitter account, Thunberg urged media outlets to report not just on her contributions to climate change activism, but to report on the countless number of other child activists and victims of climate change. This lawsuit resembles one filed by young people in the United States against the federal government, arguing that the government has a responsibility to protect young people from climate change. The lawsuit is currently being deliberated by judges from the Court of Appeals for the Ninth Circuit, and its outcome could have drastic effects on environmental law in the United States.