You are here: Home1 / advertising 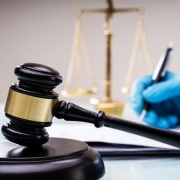 As the pandemic continues to intensify throughout all 50 states, America’s law firms are finding new ways to communicate with the general public and let them know that they still have legal protections that groups of lawyers are ready to defend.

END_OF_DOCUMENT_TOKEN_TO_BE_REPLACED 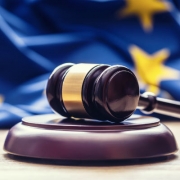 On Thursday, Europe’s top court ruled that countries can force Facebook to delete content and restrict access to information globally, in a ruling that allows countries to ban access to information outside of their own borders. The decision came after a former Austrian politician sued in an attempt to force the social media company to take down negative commentary that had been posted about her on the site by individual users. The politician, Eva Glawisching-Piesczek, successfully argued that the company is obligated to restrict access to this information around the world, setting a legal precedent which empowers nations to essentially remove information from the internet at will.

As standards for privacy, defamation, and libel vary from country to country, this ruling has wide-reaching implications for how information can be regulated on the Internet, a platform which is by its very nature global and resistant to any one regulatory body. As it is nearly impossible to create a single set of standards for what information should be allowed on a global level, this ruling instead allows nations to enforce their own standards on a global level, concerning advocates for free speech who fear the ruling will lead to mass censorship of legitimate political discussion. Facebook strongly rebuked the ruling, claiming the judgment “undermines the longstanding principle that one country does not have the right to impose its laws on speech on another country.”

Facebook, which is a company based in the United States, nonetheless has to obey the laws of all of the nations in which it operates. The ruling draws attention to the difference in philosophy between the regulation of information in the United States, which takes an almost entirely hands-off approach, and Europe, which is more likely to compel companies like Facebook to restrict access to information. A controversial privacy law in Europe, dubbed “the right to be forgotten,” allows European citizens to compel search engines like Google to remove links to their personal data from search results. No equivalent law exists in the US, and the European Court of Justice last week ruled that this law generally applies only within the European Union.

Facebook represents the public face of the spread of information during an era in which changes in how information spreads around the world has strongly influenced global politics. A report issued by the U.S. Department of Justice in March of this year found widespread interference in the integrity of American elections by Russian operatives, who leveraged social media sites like Facebook and Twitter to spread false information and to release stolen documents in a deliberate effort to favor one political party over another. This interference, conducted by a number of countries, is likely to continue and intensify during the 2020 US election and has been used in propaganda efforts at an unprecedented scale around the world. As a growing percentage of the US population gets their news from social media as opposed to more traditional and reputable news outlets, the electorate is increasingly likely to be unknowingly swayed by information that is propagated by a foreign power with the intent of undermining the integrity of elections.

Facebook, for their part, has announced plans to take stronger preventative measures to deter the spread of fake news on their platform. Though the company was arguably complicit in allowing Russian interference in 2016 by taking a hands-off approach to the content of advertisers, the company has implemented plans to identify and label fraudulent activity on the site and has implemented stricter policies for what type of advertising they allow. That being said, the company has chosen not to limit the speech of politicians who advertise using the platform, even when they lie or break rules, as they claim that it’s “not [their] role to intervene when politicians speak.” Despite calls from Democratic contender Kamala Harris and others to ban Donald Trump for breaking the social media site’s rules, Twitter has taken a similar approach, allowing the President to repeat a false narrative that alleges corruption of his political rival Joe Biden.

The European Court’s ruling is just one of the conundrums Facebook and other social media platforms find themselves in with regards to regulating the spread of information around the world. As corporate entities, these platforms have virtually unlimited power to censor the speech they allow their users to circulate. However, there’s no denying that in recent years social media platforms have become more akin to a “public square” than a traditional publisher of information, which suggests they have a responsibility both to allow the free and open exchange of ideas and to curtail speech that poses a clear and present danger. How they, and the governments which have the power to regulate them, manage that responsibility is an ongoing question whose answer ultimately remains to be seen.